Exploring and researching the art of songwriting

Dr Simon Barber has helped shine a light on the craft and methodology behind songwriting, while also establishing it as a rich area of study, through a globally acclaimed podcast and an exciting new research network.

Simon was inspired to begin researching the world of songwriting after completing his PhD.

“My PhD focused on understanding the relationships between creative workers and industry, so interviewing professional songwriters was a natural extension of that work,” Simon explains.

Not only that, but as one half of the Sodajerker songwriting duo, Simon felt many interviews with songwriters were often missing some important questions.

“Having written songs and observed songwriters working in practical ways, I knew that there were rich insights to uncover about the many ways that songs get written,” he explains.

Simon also believed that there was a research gap that could be filled.

“As a researcher, I wanted to better understand the creative process – how the work is done, what approaches, strategies and tools songwriters use, and how songwriters develop and sustain their careers.”

“Songwriting is not that different from any other creative practice, but has frequently been understood as a mystical process carried out by inspired individuals, rather than as a job of work,” he explains.

How has the research been carried out? – Interviews with established songwriters

At the forefront of this research is the Sodajerker On Songwriting podcast, which Simon hosts alongside fellow songwriter Brian O’Connor.

The show launched in 2011 and sees Simon and Brian talk with world-leading songwriters about the creative processes behind their work.

“Each interview has the potential to shed light on some new aspect of how songwriters work, or to add nuance and variation to existing concepts,” he explains.

“Because the focus is entirely on the creative process, rather than the trappings of fame, we’re able to extract much more specific info about how professionals go about making their work and sustaining their careers.”

How has the research been carried out? – A new research network for songwriting

The Songwriting Studies Research Network – funded by the Arts and Humanities Research Council – launched in 2019 at Birmingham City University.

The new network has been designed to establish and develop the field of songwriting studies so that new interdisciplinary research could be carried out.

The network launched with two major events – the first took place at the Royal Birmingham Conservatoire and featured singer-songwriter KT Tunstall, while the second included a live conversation with legendary performer Nile Rodgers at the Ivors Academy.

Sodajerker On Songwriting has since become one of music’s most popular podcasts, achieving over 3.5 million downloads and boasting an array of impressive guests, including Sir Paul McCartney, Elvis Costello, Sting, Alicia Keys and Rosanne Cash.

With more noteworthy songsmiths lined up for the future, Simon attributes the podcast’s success to a number of factors.

“We were early to market in that there were very few other songwriting podcasts around when we started, and none that offered long-form interviews with songwriters about the writing process,” Simon says.

“Furthermore, we’ve always focused on quality, and have never made it about ourselves, sponsorships or advertisers. We created a space where guests can give a good account of themselves as artists without interruption.”

“I’ve been fortunate to be able to use the podcast as an evidence base for a range of peer reviewed articles and book chapters focusing on the songwriting process,” he explains.

“I’ve written about how songwriters conceptualise and understand the creative process, how they articulate an emotional investment in their songs, how they strategise the writing process, and using the recording studio as a space for songwriting.”

The Songwriting Studies Research Network has brought together songwriters, academics and industry workers into a community that hitherto did not exist.

It now boasts over 250 members and provides an opportunity for people whose work intersects with songwriting across a number of fields to come together.

There is also an academic journal and a new book in the pipeline.

“This is the first time that research into songwriting has been consolidated as a field of study,” Simon says. “We’re so excited about being at the forefront of this movement.”

Birmingham City University's hub for everything related to the Research Excellence Framework.

Simon researches, writes and lectures about popular music, the music industries, digital culture and jazz. As a member of the Birmingham Centre for Media and Cultural Research, Simon is particularly interested in the study of songwriting, and relationships between creative workers and industry. He convenes the Songwriting Studies Research Group at Birmingham City University and has published in The European Journal of Cultural Studies, The Radio Journal, The Journal on the Art of Record Production and the Jazz Research Journal among others. 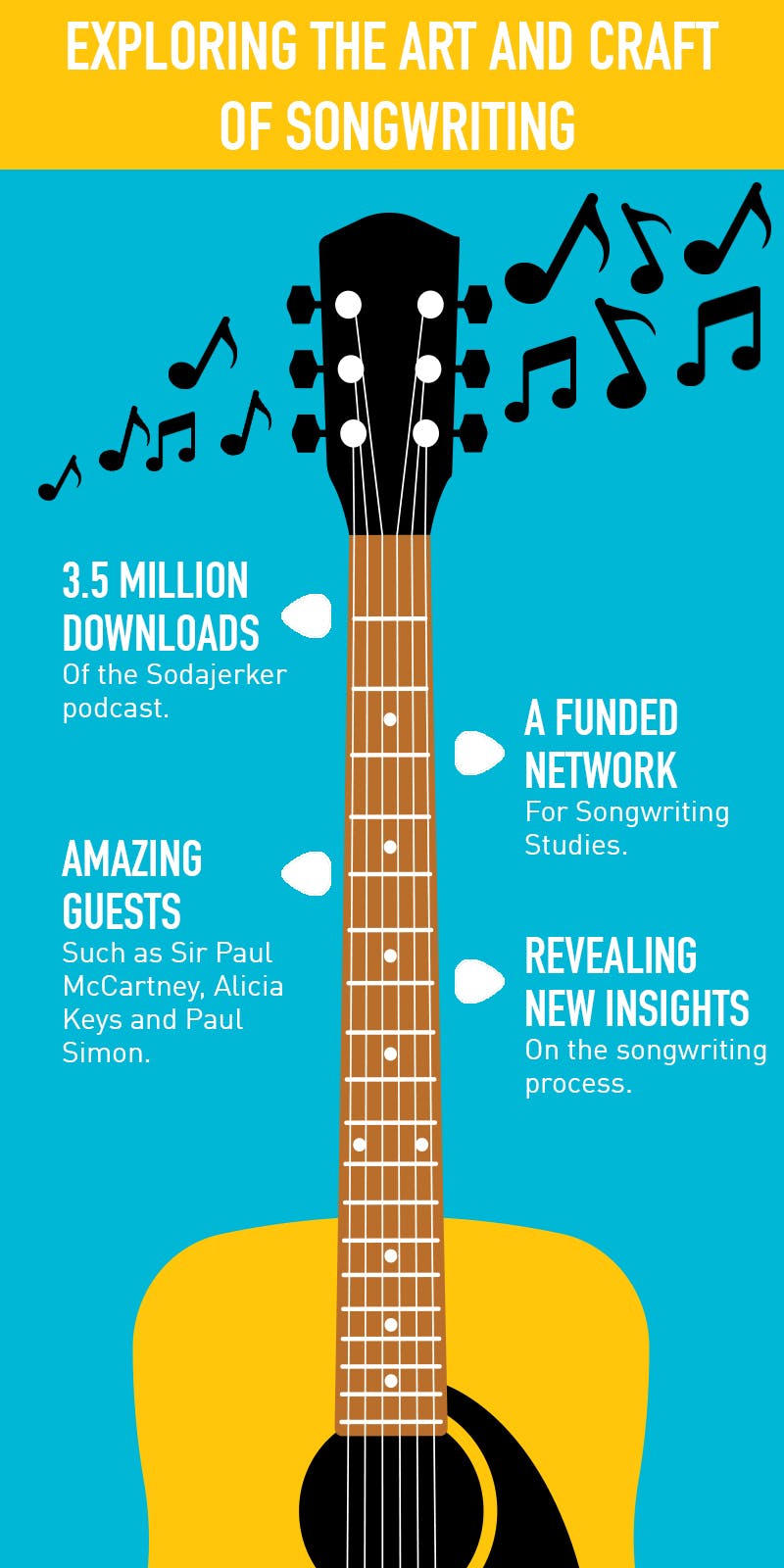