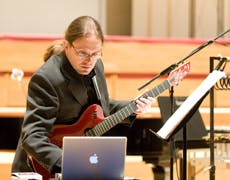 The RAE (Research Assessment Exercise) 2008 measured research excellence wherever it was found in universities and other research organisations in the UK. Birmingham City University submitted seven ‘high value’ units of assessment and as a result exceeded all expectations with marked improvements in the quantity and quality of its outputs with all areas submitted containing elements judged to be ‘world class’. Nearly one-fifth of our total submission received this ranking, more than any other post-1992 university. In addition, three-quarters achieved ‘internationally recognised’ status.

The primary purpose of the RAE 2008 was to produce quality profiles for each submission of research activity made by all higher education institutions. The main body of the assessment took place in 2007-08, and the outcomes were published by the funding bodies on 18 December 2008.

Further highlights of RAE 2008 included its pioneering research in art and design being ranked among the top 10 submissions in the country with a rating of 100 per cent world-leading research environment, while Birmingham Conservatoire, now a part of the Faculty of Performance, Media and English was ranked as one of the top three in the country and the best outside of London.

This result pushed the University up 26 places in the research excellence league tables, providing a huge boost to our profile and firmly repositioned us as a leader among our peers in the modern university sector.

The University's RAE 2008 performance was rewarded by the Higher Education Funding Council for England (HEFCE) with nearly £1.8 million of ‘quality-related’ funding.

Further evidence of the recognition of our excellent research in the arts was recognised by the prestigious Arts and Humanities Research Council (AHRC), which rewarded our success by sharing a £200 million funding pot through the Block Grant Partnership, with Birmingham City University being one of only four post-1992 institutions eligible to apply for this support for postgraduate arts students. Only universities that displayed ‘excellent strategic planning’ were considered for the coveted block grants.