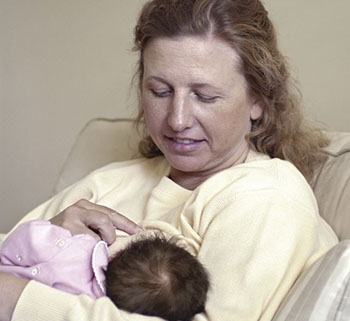 New research by Birmingham City University academics has revealed a scarcity of support and information for families who experience a premature birth.

The study, carried out by Dr Carolyn Blackburn and Professor Merryl Harvey, highlighted issues with hospitals placing an immediate focus on discharging families, leaving new parents unsure of the long-term implications of prematurity or who they can contact with concerns.

The research, published in the Infants and Young Children Journal, surveyed 200 parents affected by premature births to evaluate their experiences with health and support services.

Premature births can be a factor in conditions such as cerebral palsy as well as developmental issues such as impaired learning.

Despite this, nearly half of all participants stated that they were given little or no information about the long-term implications of having a premature birth.

The parents surveyed also reported a significant lack of early-help and intervention services after they left the hospital. 61 per cent of parents said their GP was either unavailable, unhelpful or only sometimes helpful.

The study also revealed that parents-to-be are not adequately prepared for the possibility of a premature birth.

Although parents had been provided with practical information about feeding and caring for a new baby, the possibility of premature births was often not discussed. Participants felt this could be improved in order to limit the emotional shock of a premature birth.

According to the survey, the main source of emotional support came from charity groups like Bliss, who support parents and children affected by premature birth, as well as support from family and friends.

Dr Carolyn Blackburn, Reader in Interdisciplinary Practice and Research with Families at Birmingham City University, said: “Services need to include psychologists and an assessment of parents’ mental state following the birth of a premature infant.

“They also need to be more co-ordinated to ensure a smooth transition between services so that parents know what to expect and who to go to with concerns.

Parents of premature babies can face a range of challenges that they may not be expecting, from development concerns to practical aspects like maternity leave ending when the baby is younger than they may have planned for.
Dr Carolyn Blackburn

The full report is available to read online here.