Vice-Chancellor pays tribute to The Queen 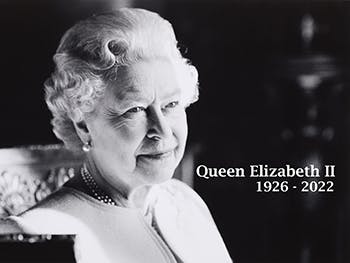 Birmingham City University's Vice-Chancellor has today paid tribute to Her Majesty Queen Elizabeth II, following the announcement of her death.

Professor Philip Plowden, Birmingham City University's Vice-Chancellor, said: "We are deeply saddened to learn of the death of Her Majesty Queen Elizabeth II.

"On behalf of our University community, I want to express our sincere condolences to Her Majesty's family, and our thoughts are with them at this immensely difficult time.

"We pay tribute to the remarkable 70 years of dedication she gave to the United Kingdom and the Commonwealth, and celebrate her achievement and her service across so many generations."

The Queen's contribution to our University

The Queen played a significant role in the University’s 177-year history, formally opening a branch of the Birmingham Central Technical College, which later became part of BCU, in 1955.

In September 2017, BCU's Royal Birmingham Conservatoire was granted its Royal status by The Queen, since then her son Prince Edward, Earl of Wessex, has been its patron.

In 1973, it was the Queen's Mother who played a part in BCU's history, opening the forerunner to the Royal Birmingham Conservatoire – then the Birmingham School of Music – in the city's Paradise Circus.

And in 2019, BCU was named the winner of a prestigious Queen's Anniversary Prize in recognition of its School of Jewellery's proud history of innovation spanning 130 years.