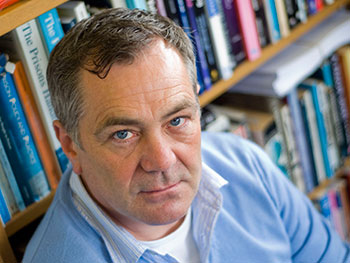 A gripping and fascinating new six-part series begins on Channel 5 next week, giving an extraordinary insight into the world and the warped minds of the psychopaths who commit heinous crimes.

The leading criminologist will be walking in the footsteps of the psychopaths, living and breathing their movements and speaking to those closest to them as he tries to get inside their twisted minds.

The TV series will follow Professor Wilson as he travels to the areas where these dangerous murderers grew up and visits the scenes of their gruesome crimes. The programme will hear first-hand accounts from those tasked with bringing these psychopaths to justice, as well as heart-breaking testimonies from the victim's family members.

Professor Wilson will also explore some of the early warning signs that the murderers would go on to kill, including their strange fantasies and their ability to lead double lives as they harboured unimaginable secrets from their families and friends,

"A psychopath is commonly characterised as a person with a profound lack of empathy and remorse, who behaves in a disinhibited fashion – but not all psychopaths become killers," said Birmingham City University's Professor David Wilson. "Indeed, many display the kind of drive and bold character traits which allow them to get ahead in the cut-throat world of business and leadership. This show sets out to get an understanding of what triggers some of these people to kill."

The opening episode is the first documentary film to examine the case of Joanna Dennehy, one of only a handful of known British female serial killers.

‘Killer Psychopaths’ starts on Tuesday 10 February at 9pm on Channel 5.