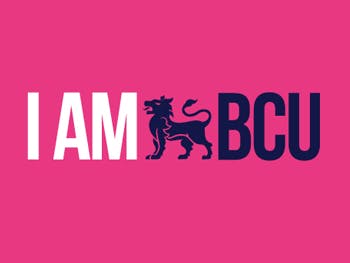 Birmingham City University has announced it will be launching new partnerships with a much-loved children’s hospice and a specialist women’s aid organisation, after naming its first two ‘I am BCU Chosen Charities’.

Acorns Children’s Hospice and Birmingham & Solihull Women’s Aid were announced as the ‘Chosen Charities’ which will see the University work with them to develop fundraising events, create volunteering and placement opportunities, and explore avenues for research.

The two were selected by staff from a five-strong shortlist of charitable organisations following a nominations process of several weeks.

Nearly 1,000 votes were cast by members of staff with the duo eventually garnering the most support.

The ‘I am BCU Chosen Charities’ initiative was launched as part of Birmingham City University’s BCU 175 celebrations, which recognise 175 years since the institution’s foundation as the Government School of Design.

Both ‘Chosen Charities’ have already been celebrated in the second city and wider West Midlands for their contribution to supporting those in need.

The Acorns Children’s Hospice was first founded in the city in 1988 and provides specialist care and support for babies, children and young people who have life limiting or life threatening conditions.

Birmingham and Solihull Women’s Aid supports women and children affected by domestic violence, rape and sexual assault, working with agencies such as housing and the police to ensure the best outcomes.

Birmingham City University will now work with both organisations to maximise the benefits of the partnership and support the important work each does.

“Our staff and students give back to their communities by supporting a huge range of projects and charities.

This is a great opportunity for the University as a whole to focus its efforts on these two great charities which transform peoples’ lives in Birmingham and the West Midlands by supporting them through volunteering opportunities, student placements, research projects and fundraising events.
Professor Philip Plowden

The ‘I am BCU Chosen Charities’ initiative is the first time Birmingham City University staff have been given the opportunity to nominate the charities the institution will work most closely with.

As well as volunteering and placement opportunities for staff and students, the new partnerships will provide a platform for the University’s academic expertise to be used to support the important work taking place at the organisations.

“Support like this is key to raising awareness of Acorns and vital funds that will enable us to continue our work caring for local children and families. On behalf of everyone here at Acorns, I’d like to say a huge thank you to everyone who voted for us.

“We’re looking forward to working with Birmingham City University and developing what I’m sure will be a wonderful partnership.”

Maureen Connolly, Chief Executive at Birmingham & Solihull Women’s Aid, said: “We are absolutely delighted and honoured to have been chosen by Birmingham City University as one of its chosen charities.

“We are really looking forward to working with the University and finding ways to make our partnership meaningful and beneficial for women and children affected by domestic violence.”