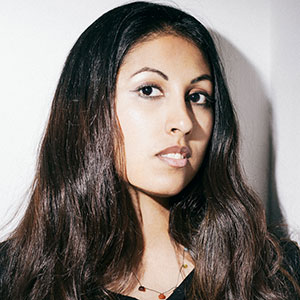 A University Alumna is featured in a film recognising caste discrimination in the UK.

A documentary charting a Birmingham City University graduate’s battle against caste discrimination in British-Asian communities has been generating a buzz within the community.

Reena Jaisiah, who graduated from Birmingham City University in 2013, shares her own story in the documentary, ‘Caste Aside’, which looks at the caste discrimination and has been screened at several locations in London and broadcast on television since its release in January.

After graduating with a BA honours in Sociology in 2003, Reena began raising awareness of caste discrimination and founded a theatre company called Caste Away Arts to address the issue in a creative way.

She was named Birmingham City University’s Alumni of the Year in 2013 for her work on community engagement and leadership.

Reena is believed to be one of the first people to speak out publicly about caste issues in Britain, having done awareness work for the past 15 years on the subject,  and ‘Caste Aside’ highlights her journey.

The documentary has been screened in London and broadcast on television. It was premiered in West London in January and received nearly 100 registrations and a live post-screening debate.

"I think this documentary is important because it states the past and present problems with caste discrimination and consciousness and it's a voice that has been silenced for too long. I decided to take part because I am responsible to speaking out.

Tackling extremism is difficult as there is no single pathway to radicalisation.Others won't step up so I have stepped into their silence. My ancestors went through a lot because of their so-called caste and I can't bury that because this toxic is not dead yet.

I am an activist not a passivist. If it affects one, it affects us all. This documentary might be a hard pill to swallow but it reflects only truth and truth is my currency."

‘Caste Aside’ has been broadcast on television and is due to be shown at locations across the UK over the coming months and will be screened at the British Association for South Asian Studies’ Annual Conference in April 2018.

Caste discrimination has been on the British Government’s agenda for a number of years, resulting in a public consultation in late 2017 and an expected announcement of their final decision in 2018.

For more information about Caste Aside, please visit the website.