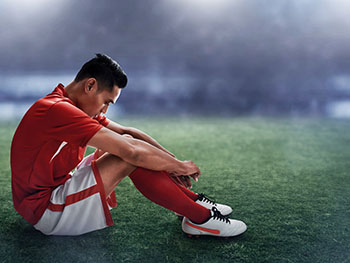 Discrimination in football will be placed in the spotlight at a special event next month tackling subjects such as racism and homophobia in the sport.

Birmingham City University and the University of Greenwich are to team up with Charlton Athletic Community Trust for the event which will introduce young people to social sciences through exploring discrimination in football.

The announcement comes after ugly scenes saw England players subjected to racist chants during their Euro 2020 qualifier match against Bulgaria this week, resulting in the game being halted twice. It also follows a high profile incident, which saw the referee stop play in a French Ligue 2 game in August following homophobic abuse from fans.

Academics, youngsters and diversity champions will gather at the University of Greenwich’s Avery Hill Campus on Saturday 9 November for a day of workshops, panel debates and a lunchtime football match, alongside Blackpool FC footballer Adi Yussuf and Ryan Atkin – the first openly gay referee in professional English football.

Other speakers at the event, hosted by Birmingham City University and funded by the Economic and Social Research Council as part of their Festival of Social Sciences, include Rory Magrath – a researcher of homophobia and masculinity at Solent University in Southampton.

An anonymous Twitter account, said to be that of a professional footballer who intended to come out as gay, was followed by almost 50,000 people earlier this year and attracted huge attention from football fans and the media. The @footballergay account was later deleted, after claiming they’d received death threats and that they weren’t ‘strong enough’ to come out.

The ‘Common Goals: Pitching for Equality and Diversity in Football’ event has been organised by Birmingham City University criminologists, Dr Ben Colliver and Melindy Brown.

“The day will be full of campaigning and workshops as we look at making a difference in tackling discrimination in football,” said Dr Colliver, who researches hate crime and online interaction.

I’m looking forward to working with young learners as they develop marketing and social media campaign ideas, as well as hearing from guest speakers on issues of diversity and whether the policies that are in place to combat discrimination in football are fit for purpose.

Former Manchester United striker Romelu Lukaku recently spoke out on the issue after experiencing racist chants on the pitch and said that social media platforms need to work together better with football clubs.

For more information and to book tickets, email Ben.Colliver@bcu.ac.uk