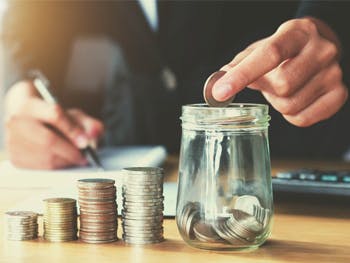 Criminologist Dr Mohammed Rahman and Senior Lecturer Jaye Ryan discuss through a case study the characteristics of the ‘gig economy’ and the potential mental health implications it has for those that are part of it.

Last week BBC Three aired Killed By My Debt – a one off drama which eloquently depicted the final few months of Jerome Rogers, a courier who killed himself after he was unable to pay two traffic fines that started off as little as £65.  We use the term ‘little’ with caution, as we appreciate that any sum of money is invaluable, especially to those who need financial stability.  Indeed, this was the case for Jerome, a 19-year-old, whom in February 2015 got himself a job for CitySprint, a company that hires couriers to carry out deliveries.  It was Jerome’s first job, and sadly his last.

Jerome’s role as a courier was to transport blood and crucial documents between hospital’s in London.  CitySprint is one of UK’s leading same day delivery services, which is also part of the ‘gig economy’.  Whilst there is no set definition for gig economy, in a nutshell it is a capitalist labour market which lets people take short-term roles instead of permanent employment.

Notable jobs in this volatile economy include: private-hire cab drivers, and food delivery workers.  Those that work in the gig economy are classed as ‘self-employed’, which means that they do not have entitlements like sick pay and holiday pay, even though they carry out the work of employees.  Self-employed workers like Jerome, work on zero hour contracts, which means that they are not getting paid unless they are on a job – i.e. picking up a blood packet to deliver.  In essence, workers are paid for every “gig” that they do, and this latest ‘payment by results’ initiative can be dispiriting for individuals.

In the case of Jerome, within quick succession he picked up two traffic fines from Camden council – totalling £130.  Being financially restricted, Jerome did not pay the fines within the allocated time and they escalated to £390, and eventually spiked to £1,019.  The BBC drama showed how in some weeks Jerome only made £63 after all deductions were made.  These deductions included a £24 ‘courier pack’ which is essentially a mandatory weekly fee in order to be able to do the job of a courier properly.  The programme also showed how in other weeks, Jerome took no money home as his weekly deductions were more than his earnings.

When Jerome was unable to pay his debts, his medical condition got worse and soon after he spent much of time online watching videos of others talking about their financial difficulties and how such adversities have led them to think about suicide.  Jerome tried his best to clear the outstanding amount after his mother’s partner paid off half the amount.  However, after seeing his work bike being clamped for a second time by a Newlyn bailiff – on March 8th 2016 – at the age of 20 – Jerome committed suicide in woodlands where he used to play as a child.

An inquest into Jerome’s death took place in April 2017.  Jacqueline Devonish, the assistant coroner for south London stated: “It’s evident that he was stressed by being in debt”.

After watching the programme, we write this piece with heavy hearts.  However, our impetus to do so is because as academics we teach young adults (most of whom Jerome’s age), with some contributing towards this so-called gig economy.  Finances tend to be an issue for most students at university, especially those living away from home.  We have both experienced students who have struggled mentally as a result of financial adversities.  Research also indicates that worrying about debt leads to increased stress, depression, anxiety disorders and psychotic disorders.

So too, to avoid another tragic case, we recommend that students and those working in the gig economy take the following into consideration in order to avoid issues of mental health when going through financial adversities:

Talk to someone you trust.  If you are able to talk about how you feel, talking to someone can be really helpful.  Timing is key.  To get the most from a conversation it is important that the person has time to ‘hear’ what you are saying and to ‘listen’ to your concerns.  Choose a time when they are not distracted and have time to talk.  If necessary plan a time and date to suit you both.  Consider who to approach:

Look after your own Mental Health.  Everyone has mental health.  It affects how we feel, think and act.  Our mental health can determine how we react to stressful situations, how we deal with others and the choices we make.  It is important to be aware of our own mental health.  Warning signs that our mental health may need some attention could include:

Seek professional advice (if necessary).  Professionals are exactly that ‘professional’.  They will not judge or ridicule you.  If you prefer, ask someone to accompany you.  They can take notes of the meeting and if you agree, ask questions on your behalf, especially if you become overwhelmed or anxious.