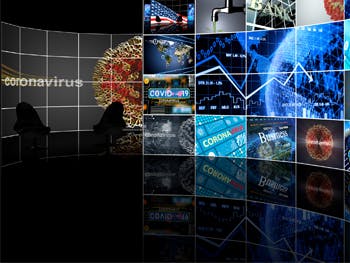 A third of BAME-led TV production companies are facing serious financial hardship as a direct result of the COVID-19 pandemic, new research has revealed.

Academics surveyed 20 UK organisations find how their work and businesses had been hit by the global pandemic.

It showed that two out of three organisations were losing money or commissions as a result of the virus, with 29 per cent of businesses saying they were either in ‘financial distress’ or ‘financial crisis’.

Organisations were also found to be unlikely to have applied for financial support from the government or sector and that they would most like to see ring-fenced funding for BAME-led independents to support the post-COVID recovery.

Other findings from the report include:

The research categorised a company as being BAME led where it had a CEO, MD or other senior leaders from a BAME background.

Marcus Ryder, multi-award-winning journalist and Visiting Professor at Birmingham City University’s Sir Lenny Henry Centre for Media Diversity, said: "BAME-led indies must be at the centre of any policies devised by broadcasters and the government to help them survive an unprecedented global pandemic.

“We believe this report is important in demonstrating why that's necessary.”

The COVID-19 pandemic and growth of the Black Lives Matter Movement have shone a light on how equality and representation across a number of sectors, including the media.

The Sir Lenny Henry Centre for Media Diversity was launched in March, with the aim of examining representation across the industry including journalism, acting, film, TV and radio in both front-of-house and behind the scenes roles.