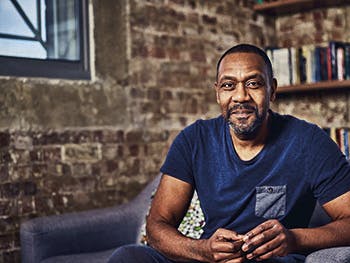 Sir Lenny Henry is to spearhead a landmark new research centre aimed at examining diversity across the UK’s media.

Birmingham City University will open its doors to the ‘Sir Lenny Henry Centre for Media Diversity’, which will look at representation across the industry including journalism, acting, film, TV and radio in both front-of-house and behind the scenes roles.

Sir Lenny and Marcus Ryder have also been awarded Visiting Professorships at the University, which will see them use their experience and expertise to work alongside researchers and academics, and give specialist lectures on the subject.

Once opened on 25 March, the Centre aims to:

Actor, writer, comedian and charitable campaigner Sir Lenny Henry has long been an advocate of increased representation in the media following his experiences of growing up in the industry.

This has been a long time under wraps but at last we’re out. I’m so chuffed to be a part of Birmingham City University’s efforts to facilitate diversity research.
Sir Lenny Henry

Marcus Ryder has spent over 25 years working in the media and has led major campaigns challenging government and industry to increase representation in the media.

He has conducted extensive research into the field and will build on that work at the Centre.

Marcus Ryder said: “Birmingham City University has consistently been doing amazing work in the field of diversity and inclusion. Both in terms of its academic reflection and practice. It is an honour to be made a Visiting Professor of this brilliant institution.

“I hope to further my work on media diversity with their support and be able to contribute to the further study and analysis of the subject by working with the University and their fantastic Faculty.

“I have worked in the television industry for over 25 years, ten of which as a senior executive, I have campaigned for more media diversity giving oral evidence to both Parliamentary select committees and House of Lords select committees.

“Birmingham City University has consistently been a strong support of studying media diversity and provided me with both academic and practical support. It is an honour to be made a Visiting Professor and I hope I will be able to give back to the University some of the support they have shown me.”