'Sex and the City' reboot: "If the feminism isn't intersectional, I don't want it." - sociology academic 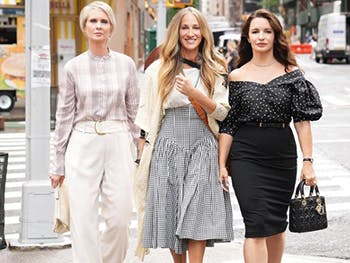 Birmingham City University sociologist, Dr Kadian Pow, discusses the long-awaited arrival of ‘And Just Like That…’ on our TV screens and what’s needed for the ‘Sex and the City’ revival to be a hit with viewers.

“As an ardent fan who consumed every episode of ‘Sex and the City’ (SATC), and the feature films, I was at peace with that media franchise ending. But, ‘And Just Like That…’ appears to be the reboot I did not know I wanted. But I do, with some caveats,” explains Dr Pow.

“Twenty years have passed. The characters have grown older and so have we as their audience. I want to see both humour and pathos of what it means to be women in their 50s, not just in relation to men and sex, but in social interactions with millennials and Gen Z. Just because the SATC characters are older doesn’t mean they have nothing to learn from those younger than them.

Realistic financial woes are not a part of Carrie, Charlotte and Miranda’s lives. I am not looking for struggle, just self-awareness around their class positioning. The series can still be luxe, but some authentic juxtaposition with other economic realities would be refreshing and honest. 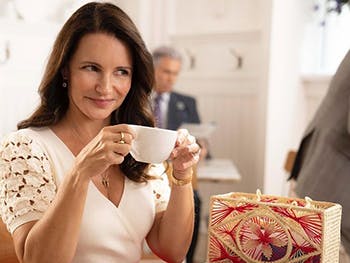 “Let’s be real, SATC was not about race and intersectionality. I shudder now when I think about the infamous scene between Samantha and a group of Black transgender women in the alley behind her new loft in New York’s Meatpacking District. That would not fly today! I applaud the decision to add Indian, Black and Latin characters to the cast. I would like to see those characters have full, nuanced lives and not be portrayed simply as facilitators of life lessons for the three central white female characters. If the feminism isn’t intersectional, I don’t want it. Because it won’t be real.”

‘And Just Like That…’ premieres on Thursday 9th December on HBO Max, Sky Comedy and NOW.