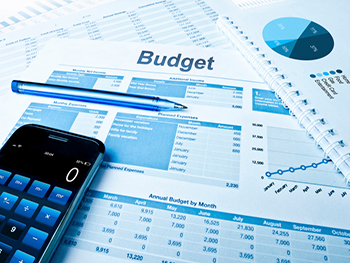 According to the latest Lloyds Bank regional PMI for January released today:

According to the latest regional PMI data, output growth in the Midlands was robust in January.  At 60.1 (previously 58.9) the West Midlands continues to outperform, although growth in the East Midlands eased somewhat from 56.0 to 53.5.  On a national level, PMI data has rebounded strongly from its post-referendum low and in spite of modest easing in the New Year, remains near recent highs.

National performance remained buoyant across sectors with manufacturing showing particularly strong growth (barely easing to 55.9 from December’s 30-month high of 56.1), which was one reason for the good performance of the Midlands at the start of the year.

The Midlands is overweight in manufacturing and associated ManuServices.  Nationally, growth in the services sector also continued, although it eased somewhat to 54.5.  Construction, however, showed some signs of softening activity in the New Year with the index cooling to 52.2 down from 54.2 in December.  Whilst a reading above 50 indicates expansion, this does appear to suggest some cooling in activity in the New Year, particularly as all the slowdown was broad-based across the construction industry.

The relative outperformance of the Midlands is in line with the Markit/REC report on jobs which showed permanent appointments in the Midlands growing more strongly than in the UK as a whole.  Nevertheless, in line with national figures, appointment growth slowed from the previous quarter along with pay growth, which is now below the UK average for the first time in three quarters.

This tentatively suggests that labour demand may begin to ease later in the year and that real wages may be squeezed by a combination of weaker nominal salary growth and accelerating inflation.  Overall, however, the Midlands labour market remains buoyant.

Sustaining this trend needs to become a major focus of policy.  With the formal labour market again registering heightened demand, a focus on enhancing the skills base, both in terms of improving the technical skills of those currently employed as well as of providing a route for those currently excluded or under-employed, will be increasingly necessary.
Professor Julian Beer

The most recent official data on production appear to corroborate the earlier picture painted by PMIs with manufacturing output in the final quarter of 2016 expanding by 1.2 per cent.  Growth in December was particularly strong, although month-on-month growth can be erratic.

Encouragingly, on a national level the beleaguered metals sector (which continues to contribute a significant portion of the West Midlands’ manufacturing output) grew by over 1 per cent in the final quarter, with a particularly robust rebound at the end of the year.  Similarly, the manufacture of transport equipment (which remains the largest manufacturing sub-sector in the Midlands) showed continued growth nationally, albeit at a slightly slower pace.  Stagnation in food and beverage manufacture in the final quarter was less encouraging, however.

According to the latest PMI data, work-in-hand continued to increase in the West Midlands, although it fell marginally in the East.  This appears to have been driven by continued buoyant demand conditions and insufficient capacity to meet this stronger demand.

The continued weakness of sterling (relative to pre-referendum levels) is starting to provide some stimulus to the region’s export-orientated economy, and particularly its manufacturers.

It is anticipated that 2017 will see an acceleration of this trend as British exports become increasingly competitive and companies review their suppliers, possibly supporting an import-substitution effect for the region’s SMEs.  Nevertheless, it is clear that the depreciation of Sterling has had an impact on cost pressures with the latest PMI readings showing that regional and national costs are continuing to increase and that output prices are also rising at a more elevated rate than in the recent past.

The beginning of the rally in the global oil market predates the depreciation in Sterling that followed the EU Referendum and it has continued into 2017.  As such, global inflationary pressures have risen with inflation in almost all major markets significantly higher than 12 months ago.

Crude oil and natural gas make up approximately 20 per cent of the ONS’ input producer price index, with other imported materials making up over 50 per cent of the total.  As such, it is unsurprising that a rise in oil prices combined with a significant currency depreciation should lead to a rise in costs as these two sectors together comprise virtually three-quarters of industry’s input costs.  This is now affecting producer’s output prices, albeit with a delay.  The fall in Sterling has led to the rise in inflation in the UK being somewhat more acute than in other developed markets.  This is likely to continue through 2017.