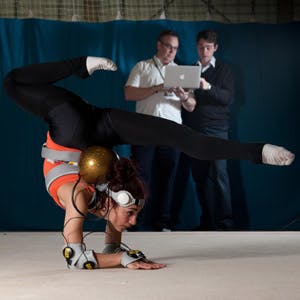 Pioneering research – that has applications in health and sport – has been showcased at the House of Commons as part of the Olympic themed Universities Week 2012 (30th April – 7th May).

MotivePro, which has been dubbed the ‘Vibrating Suit’, is one of a handful of projects from across the sector to be revealed at a parliamentary reception on 2 May by Donal MacIntyre, a Visiting Professor at Birmingham City University and Universities Week ambassador.

The potential of the project, which helps athletes and other users to improve their memory of physical technique, has been recognised by Universities UK (UUK), who have used it as a beacon of excellence in one of two influential reports published this week.

I am very proud to be an Ambassador for Universities Week, and am delighted that one of the flagship research projects is from my university, Birmingham City University.

After testing the suit personally I think it is a fantastic invention, excellent piece of technology and will help our elite athletes achieve more sporting success for Britain in the future.”
Donal MacIntyre

Professor Sporton said: “The suit is designed to give wearers feedback about where their body is in space. It does this by focussing on key points in the body, taking relative measurements between them to check the user's position. This data, much more simple to acquire and treat in real time than more complex motion capture systems, is then used to give the wearer feedback in real time about their movement.

“The sensors include a vibrating motor, like that found on a mobile phone, and these can be set to vibrate to indicate when someone moves outside a desirable range. This is not the only use of the data: it can also be transformed into sound or visual files, all designed to give feedback in real time that enables wearers to adjust their movements in performance.

“The system can also record the movements as well, to use after the event. This means that archives can be built up showing relative performance over time, any long term trajectories identified and the use of the data to make averages amongst particular user groups”.

The University’s contribution to the Olympics is also featured in a second UUK report. High profile activities include Birmingham Conservatoire’s contribution to New Music 20x12, a UK-wide commissioning programme consisting of twenty new pieces of music, each of 12 minutes in length, and BIAD student Will Marsh who won a Film Nation Shorts competition and will have his sport-themed film shown during the Olympics. 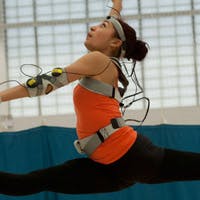 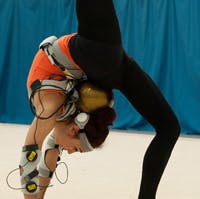 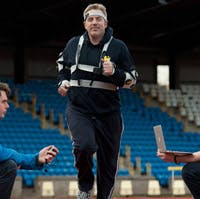