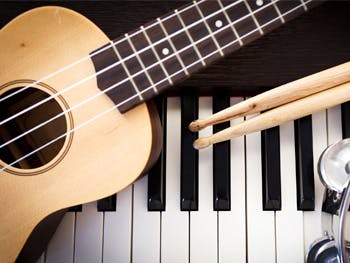 New research could reveal how Jimi Hendrix would have played an Ed Sheeran song or how Ray Charles would have performed Lady Gaga tracks.

Academics at Birmingham City University are creating a new system capable of analysing trends in the playing style of musicians, which could be used to show how they would have played any piece of music – including those written decades after their deaths.

Islah Ali-MacLachlan, Senior Lecturer in Sound Engineering at Birmingham City University, is leading the research which aimed to create a computer algorithm capable of replicating subtle differences in the way musicians play their instruments.

The research is starting out by analysing stylistic differences between traditional Irish flute players to see how finger movements, breathing patterns and strength of breaths influence their style.

Using hundreds of pieces of music produced over five decades each individual sound and movement is analysed and entered into the system to replicate over 15,000 individual notes and sounds.

The system is already able to replicate notes to an 86 per cent level of accuracy and imitate nearly 75 per cent of all individual note deviations, directly linked to a musician’s specific style of play.

Islah Ali-MacLachlan said: “With this kind of technology, music producers of the future will be able to draw on the style and expertise of some of the world’s greatest musicians.

It will allow us to analyse how long notes are played for and deviations in their sound by cutting edge artificial intelligence algorithms to predict what a real musician would do with a different melody.
Islah Ali-MacLachlan

The system works by analysing how long notes are played for, deviations in their sound and tone.

It then uses a special algorithm to calculate patterns of play for certain sequences and situations to produce a representation of how the musician plays.

Hundreds of pieces of music will continue to be analysed by the researchers to fine tune the system which has the potential to bring some of the greatest musicians in history back to life.

Courses in Sound Engineering will be open to applicants in Clearing, from Thursday 17 August.