New documentary examines claims champagne was discovered by the English 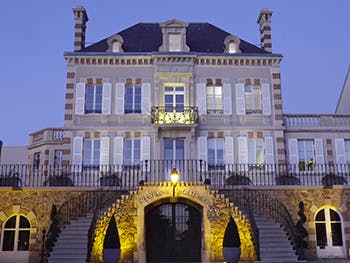 A new feature-length documentary on champagne, starring polymath Stephen Fry and a who’s who from the world of the glamorous sparkling wine, will explore the theory that the English may have ‘discovered’ the drink decades before the French.

Sparkling: The Story of Champagne, the directorial debut of Swipe Films boss and Birmingham City University film expert Frank Mannion, goes behind the bubbles to explore the origins of the tipple, providing a surprising take on Anglo-French relations.

The film was shot on location during the Covid pandemic in France, England, New York and Los Angeles, including at the Queen's vineyard at Windsor Great Park, and also looks at the impact of climate change - the Champagne region is gradually becoming too hot, leading to the likes of Pommery and Taittinger planting vineyards in the south of England.

The film is a love letter to the joys and pleasures of champagne. We were fortunate to be able to shoot during lockdown as champagne producers were classified as essential workers! Hopefully, audiences will enjoy immersing themselves in the world of champagne while raising a toast to better things ahead in 2021

The film is already picking up strong reviews with France Magazine calling it “A sparkling debut” and MailOnline describing it as “a film of the finest vintage.”

The film will be exclusively available on the BBC/ITV joint venture streaming platform, Britbox from the end of July.

In addition to his role as Senior Lecturer in the MA in Film Distribution and Marketing at Birmingham City University, Irish filmmaker Frank Mannion is in his final year of PhD research at the University, with a thesis entitled ‘Experiencing Independent Film: The role of new technologies & experiential cinema in the distribution and marketing of independent films.’

He plans to use the data from the release of Sparkling: The Story of Champagne, and in particular the champagne-themed immersive screenings, as research for his doctorate.

The film will be exclusively available on the BBC/ITV joint venture streaming platform, Britbox from the end of July. Watch the official trailer for Sparkling: The Story of Champagne here