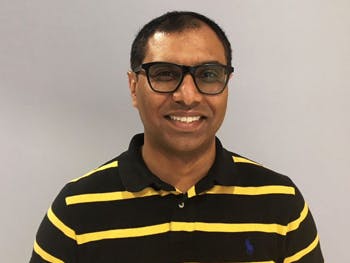 A major new UK study will examine how the rise of social media and streaming platforms like Netflix have impacted the world of Bollywood.

Rajinder Dudrah, Professor of Cultural Studies and Creative Industries at Birmingham City University (UK), has been awarded a Major Research Fellowship worth £154,414 from the Leverhulme Trust, to launch E-Bollywood, a three-year study which will explore how the rise of new media has changed the landscape of Hindi Cinema.

E-Bollywood aims to create a new method of studying Bollywood which brings together analysis of how films are made, how new media has allowed them to reach new audiences, the way audiences view movies, and changes in the cultural industries.

The study will also build on existing work to explore how Bollywood cinema has encapsulated the history of India and South Asia, and continues to portray societal attitudes to equality issues such as gender and sexuality.

Rajinder Dudrah, Professor of Cultural Studies and Creative Industries at Birmingham City University, said: “The rise of social media and success of streaming platforms like Netflix have transformed the way audiences consume media, and has had an impact right across the sector – not least in Bollywood.

“To truly understand the impact new media has had, we need to look at a range of components, from the impact of audiences, the historical context of Hindi cinema, changes to cultural industries, and even the impact of the pandemic on viewing habits. E-Bollywood will bridge that gap by exploring some of the major issues impacting the industry and its audiences.

I am delighted to have received this Fellowship and still can't quite believe it due to the competition and that only so many of these are awarded each year nationally.
Professor Rajinder Dudrah

Findings from the research will be published in a book to be written by Professor Dudrah, titled E-Bollywood: Popular Hindi Cinema in the Age of New Media.

The Leverhulme Trust has been providing grants and scholarships for research and education since 1925.

Professor Dudrah’s application was one of 195 received by the Leverhulme Trust this year from ‘well-established, distinguished researchers in the humanities and social sciences’ wanting to complete an important piece of original research.

Major Research Fellowships are particularly aimed at those who are or have been prevented by routine duties from completing a programme of original research. The award offers replacement salary costs for the duration of the Fellowship.

Professor Alison Honour, Pro Vice-Chancellor and Executive Dean for Birmingham City University’s Faculty of Arts, Design and Media, said: “There were 195 applications this year and, therefore, Rajinder is one of the few successful candidates representing exceptionally distinguished researchers. I’m sure he will use this opportunity to make a substantial contribution to his research area.”