Lost episodes of ‘Crossroads’ screened for first time in 50 years 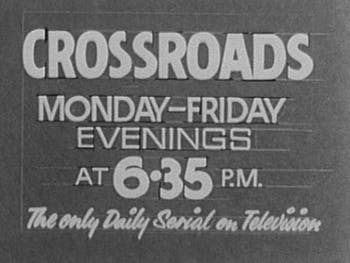 Lost episodes of iconic TV soap ‘Crossroads’ will be shown for the first time in more than 50 years in Birmingham this weekend.

It was presumed that the original recordings were wiped immediately following broadcast, however, Kaleidoscope – a Birmingham-based organisation specialising in locating missing television footage – found the uncatalogued cans in an ITV vault in Leeds after searching for several days earlier this year.

Set in the fictitious King’s Oak Crossroads Motel near Birmingham, and focusing on the relationships between the staff, the programme ran for 24 years from 1964, finally closing its doors in 1988 after 4,510 episodes. The series was revived in 2001, but the new ‘Crossroads’ only lasted two years.

On Saturday 2 September, the found footage will be screened at Birmingham City University as part of Kaleidoscope’s K-2.9.17 event. Along with scenes staged in and around the Crossroads Motel, the recovered material shown also sees waitress Marilyn Gates chase a drug smuggler to France by plane and, further afield, the staff travel to Tunisia for a holiday while the motel is rebuilt after a bomb explosion.

‘Crossroads’ fans will also get to enjoy a specially arranged version of the soap opera’s theme by Paul McCartney and Wings, which was used on the show from the late 1970s, usually when an episode ended with a dramatic event.

“2017 has been a great year for ‘Crossroads’ fans. First of all, Kaleidoscope located 32 cans of classic scenes from the 1960s including a plane crash, and footage of the motel being blown up by an old World War Two bomb. Other footage includes ‘Crossroads’ filming abroad in Paris and Tunisia. It changes the way people view ‘Crossroads’ today to see the series staging ambitious aerial chases and trips to Africa.

“We also found six minutes from an old 1975 edition on a Phillips videotape featuring all the classic characters we know so well. None of this footage has been seen since its original broadcast.”

Despite becoming a byword for cheap production values, ‘Crossroads’ attracted 15 million viewers at its peak – more than ‘Coronation Street’ – and making household names out of its stars, including actor Paul Henry. Portraying the role of handyman Benny Hawkins, Paul originally trained at Birmingham School of Acting, now Birmingham Conservatoire, and part of Birmingham City University. 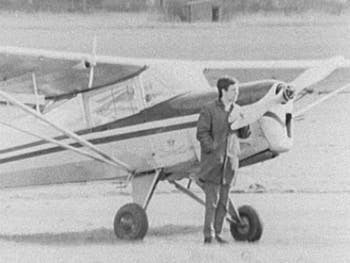 The footage shown at K-2.9.17 features stars such as Noele Gordon as Meg Mortimer, Susan Hanson as Diane Lawton, and Sue Nicholls, who today plays Audrey Roberts in ‘Coronation Street’. Born in Walsall, Sue Nicholls first became known as Marilyn Gates in ‘Crossroads’, a role which also saw her perform the song ‘Where Will You Be?’ which reached number 17 in the UK Singles Chart in July 1968.

The screening on Saturday will be attended by Tim Woolgar, the son of actor Jack Woolgar, who played Sam Carne in ‘Crossroads’, and also appears in the material shown.

“The scenes involving a wartime bomb that destroyed part of the motel are particularly important as it led to an updated set and the characters going on a busman’s holiday to Tunisia. This footage alone shows the ambition of the producers to produce an entertaining and engaging programme that still stands up well against the soaps of today.”

“Unlike fans of ‘Coronation Street’, ‘Crossroads’ fans are unable to enjoy episodes from the earliest years of the show, as the tapes were sadly wiped and reused. These recovered scenes now provide us a rare and tantalising glimpse of ‘Crossroads’ during the 1960s and a chance to relive some of the most important events once again.

The K-2.9.17 event takes place in The Curzon Building at Birmingham City University between 10am and 6pm, with all proceeds raised from the free charity event donated to the Royal National Lifeboat Institution (RNLI). 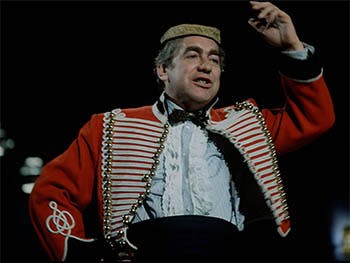 Presented by Tristan Brittain-Dissont, Archivist for the Tony Hancock Appreciation Society, visitors will be able to see the only known footage of the Birmingham actor and comedian’s last-ever UK television series in 1967 – titled ‘Hancock’s’, where he played the manager of a nightclub – as well as his final television performance, which originally aired in Australia in 1968.