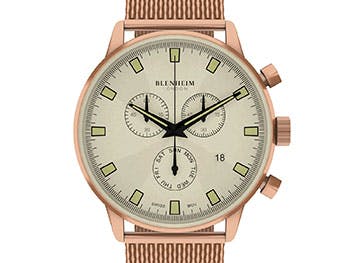 A Birmingham-based watchmaker has taken inspiration from a historic light bomber aircraft for his latest design, linking 80 years of British design and manufacturing.

Built in Bristol, the Blenheim bomber was first flown by the Royal Air Force (RAF) on 10 March 1937 and was used extensively in the first two years of the Second World War.

It is famous for being one of the first British aeroplanes to feature an all-metal stressed-skin construction, retractable landing gear, flaps, a powered gun turret and variable-pitch propellers. The Blenheim bomber was also converted to be used as one of the first effective British night fighter aircrafts.

More about our Alumni

After a successful crowdfunding campaign, Dennis Chen has now created a watch which echoes the flight instruments found in the aircraft’s cockpit. Designed in Birmingham, the  Chronomaster Pilot Watch has already received orders from as far afield as the USA, Canada, Hong Kong, Japan, Singapore, Germany and Denmark.

The cockpit of the Blenheim bomber contained flight instruments on an easy-to-read panel with various functions that enabled the pilot to fly the aircraft. These dials inspired the creation of the military watch, which is powered by Swiss-made movements.

Dennis Chen, aged 28, was born and raised in China’s Hainan province before moving to the UK in August 2010, where he pursued a BA (Hons) Marketing degree at Birmingham City University. Dennis remained at the institution to study for an MA in Visual Communication (Graphic Design) before establishing Blenheim Watch in the city. 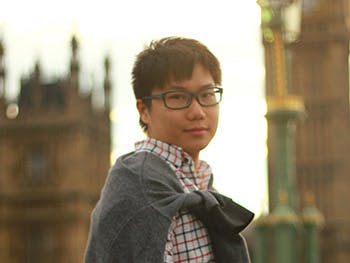 “I am an antique watch lover and active collector. After doing some market research of the watch industry, I decided that I wanted to combine my interest in watches with my knowledge in design, as well as my passion for entrepreneurship, and Blenheim Watch was born.”

Dennis used the 3D printing facilities at Birmingham City University to create a prototype for his first watch and then launched a Kickstarter campaign to raise funds. The Chronomaster Pilot Watch was made possible in a similar way, surpassing Dennis’ target of £4,000 by more than £11,000 on the Kickstarter website

More recently, Dennis has successfully applied for a Tier 1 (Entrepreneur) visa, which will allow him to continue his plans to grow and develop his business over the next three years.

Dennis’ plans include opening an assembly studio in Birmingham, to cut down the time is takes to create his watches and also enhance the quality of the finished product. He is also looking at launching two more crowdfunding campaigns to create a diver’s watch with in-built smart technology.

Alongside current stockists in Birmingham, London, Oxford, Bewdley and outlets in Denmark, Dennis is in talks to feature in UK department stores, such as John Lewis and Selfridges, this year. 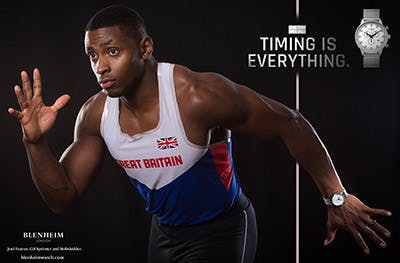 Dennis is a creative and passionate individual who has inspired other international students at Birmingham City University by highlighting that, on completing academic studies, you can remain in the UK to set-up and run an enterprise.