Only joking! Offensive humour on television 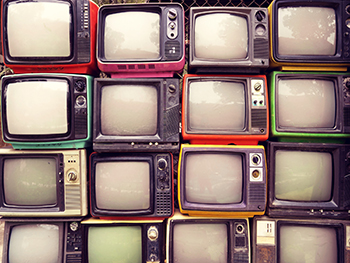 When it comes to humour on television, no topic is off limits for modern audiences, although offence is likely to be caused if the social majority addresses a minority group, according to a new study.

Research at Birmingham City University and University of Leicester has been exploring the fine line between humour and offence on television in the UK and Germany, and context has emerged as key in terms of what keeps people tuned in.

Dr Anne Graefer, Lecturer in Media Theory, Birmingham City University and Dr Ranjana Das from University of Leicester have spoken to almost 90 adults in the UK and Germany, and found that people’s expectations of broadcasters and regulators – Ofcom in the UK and the State Media Authorities (‘Landesmedienanstalten’) in Germany – is similar in both countries.

For example, their research shows that most people believe subjects such as blasphemy, disability or the Holocaust shouldn’t be joked about on television, but when considering the ‘humour regime’ – i.e. who states the anecdote and in what context – these taboo topics can become acceptable.

“I really do not like jokes about disabled people … to be honest … I always put myself in their shoes, I wouldn’t like to be ridiculed… But if a disabled person makes fun of his or her disability then this is gallows humour and that is funny, I think.”

Jokes about religious minorities were perceived as offensive and discriminatory mostly by participants who were religious themselves, or who had experienced through their own lives the severe consequences of such humour.
Dr Anne Graefer, Lecturer in Media Theory, Birmingham City University

“Interestingly though, most of those who were not offended by these jokes – infact, found them funny – viewed themselves as the most liberal in society. To them, not being able to find things funny seemed to make people humourless outsiders.”

The research, which will be published later this year in the book ‘Provocative Screens: Offended Audiences in Britain and Germany’ by Palgrave Pivot, also highlights how social stratification plays a part in what people find offensive on television.

For example, many middle class interviewees stressed that any subject can be non-offensive if its of ‘good taste’, based on cleverness, semiotic complexity and the difficulty of the joke.

Middle class Germans, for example, were generally unimpressed by comedian Mario Barth, who mainly deals with the interactions between men and women, and has been criticised for reinforcing sexist stereotypes.

Participants disliked his jokes, feeling that they were clichéd and lacked intelligence, with one participant describing his routine as ‘unterschichtenhumor’ (underclass humour).

Dr Anne Graefer previously explored how humour is put to work in affective capitalism – where emotions are used to make money.