Hitmen bury their feelings for a successful ‘hit’ 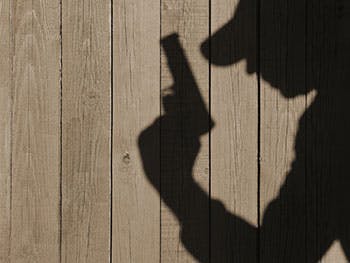 Hitmen succeed in contract killing where they successfully bury any feelings or emotions, a study into the psychology of novice assassins has found.

Hired killers who consider themselves strategists or businessmen, doing 'just a job' as one hitman described it, can convince themselves they are dealing with a target rather than a person, research by a team of criminologists at Birmingham City University revealed.

North London teenager Santre Sanchez Gayle offered a classic example of detachment, shooting Gulistan Subasi in March 2010, as she opened the door for a paltry sum of £200. The 15-year-old, later sentenced to a minimum of 20 years for the crime, allowed no time for his victim to be personalized before leaving the scene calmly in a taxi.

By contrast Orville Wright's commission to execute Theresa Pitkin in 1996 failed when, after breaking into her flat, he engaged her in conversation and subsequently lost his nerve.

The study points to Jimmy Moody – henchman for the notorious Richardson gang in 1960s London and later a hired assassin for the IRA – as the ultimate example of a hitman who separated his 'work' from the normality of the rest of his life.

The researchers, leading criminologists Professor David Wilson and Mohammed Rahman, said Moody was a classic example of a 'master' hitman, whose motivation to kill was purely financial.

"Moody and the other people in our study show us that when contract killers aren't as successful in switching off their emotions, their jobs tend not to go to plan," said Mohammed Rahman.

"Moody reframed his victims as targets, seeing getting the job done as a normal business activity. These sorts of killers are akin to 'criminal undertakers', who have given themselves 'special liberty' to get things done in the name of business.

"The motivation for most people who become hitmen is economic, so the reframing shows their resourcefulness as individuals who want to minimise risk and effort in the pursuit of maximising profit."

Study at the School of Social Sciences