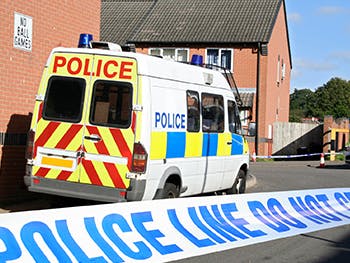 A collaboration project to tackle unemployment, involving two Birmingham-based universities and West Midlands Police, has been given the go-ahead by Government to create up to 80 new graduate level job opportunities. .

Birmingham City University, Aston University and West Midlands Police are working together to deliver the Department for Work and Pensions’ Kickstart Scheme – a Government programme to help employers create jobs for 16 to 24 year olds – and now have approval to fill a wide range of positions within different police directorates.

The expansion to the Kickstart Scheme Graduate Opportunities Gateway rubber-stamped by the DWP, allows for up to 80 additional job roles to be created within West Midlands Police. All positions offer a minimum of 25 hours per week for a total of six months and pay the National Living Wage.

Applications to Kickstart vacancies with West Midlands Police are open to graduates in the region from any university, who are aged 18 - 24 and are currently unemployed and registered for Universal Credit or other welfare benefits with their local Jobcentre.

Roles range from witness care work to forensics and physical training and while those running the scheme are confident the local talent is out there to fill these positions, they are urging applicants to get in touch before the closing date, Friday 12 November.

With DWP’s approval to extend the Graduate Opportunities Gateway, we now have the capacity to recruit more people to a broad range of new and varied roles across the West Midlands. I would encourage any unemployed graduates who may not have considered working for the police before, to contact their DWP Work Coach to find out more about these exciting opportunities.

The two universities initially joined forces with DWP Jobcentre Plus Birmingham and Solihull District in 2019, to help local unemployed graduates find work through the Graduate Re-Tune Project. Over the last two years Graduate Re-Tune, which is funded by the Office for Students, has already helped 355 local unemployed and underemployed graduates within the West Midlands to refresh their job skills and 194 have secured graduate level job roles so far.

As a result of Graduate Re-Tune’s success, Birmingham City University approached West Midlands Police – one of the largest employers in the region – to secure their support for a bid to Government to become a Kickstart Gateway Provider.

“Through the Kickstart Scheme, we have been able to recruit graduates from different disciplines and diverse backgrounds into various posts across our organisation. We were especially pleased that a significant number from black and minority ethnic communities – who have been under-represented in our workforce – obtained roles in the first round of recruitment to the scheme.

“We look forward to welcoming a new wave of talent to these latest roles that have been made available.”

“Aston University is delighted to be supporting the recruitment for West Midlands Police, a key employer for the region, enhancing and retaining graduate talent. It is testament to our collaborative relationship with Birmingham City University.

“Initiatives such as the Kickstart Scheme and Graduate Re-Tune bring together key stakeholders for the benefit of the individuals and the region, helping us to navigate successfully through to post-Covid recovery.”

Applications to the Kickstart Scheme Graduate Opportunities Gateway with West Midlands Police are open until Friday 12 November. Further information is available online or by emailing retune@bcu.ac.uk.