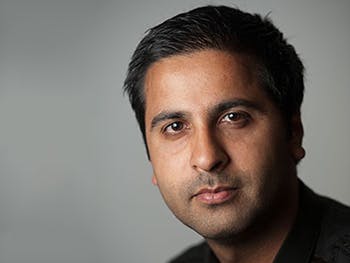 Shocking Islamophobic abuse posted on Facebook most commonly depicts Muslim women as threats to national security and suggests all Muslims should be deported, according to a new academic study published on Monday 25 July.

Research carried out at Birmingham City University examined 100 different Facebook pages, posts and comments and uncovered nearly 500 instances of anti-Muslim hate speech. The social media site was trawled for references to Muslims and Woolwich, Muslims and Islam, Muslims and Extremism, and Muslims and Terrorism, with the results covering dozens of pages including Britain First, the English Brotherhood and the English Defence League.

Dr Imran Awan, Associate Professor at Birmingham City University, who conducted the research found that there were five recurring ways in which Muslims were portrayed during abuse - which he defines as ‘the five walls of Islamophobic hate’.

‘The five walls of Islamophobic hate’ are:

Among these categories the most frequent abuse depicted Muslim women as security threats due to their clothing (76 instances), followed by the belief that Muslims should be deported (62 instances).

The view of Muslims as terrorists was the third most common (58 instances), with a war with Muslims (53 instances) and Muslims as rapists (45 instances) the next most often repeated comments.

The study also found that offensive phrases Muzrats, Paki, Peado, Rapists, Dirty, Scum and Filthy were among the 20 most commonly used to describe Muslims during online tirades.

The report titled Islamophobia Online: Inside Facebook’s Walls of Hate, has today been published in the peer-reviewed ‘International Journal of Cyber Criminology’.

The types of abuse and hate speech against Muslim communities on Facebook uncovered real problematic associations with Muslims being deemed as terrorists and rapists. Furthermore with the new EU code of conduct for hate speech, this report has reaffirmed the need for such a policy.
Dr Imran Awan, Associate Professor, Birmingham City University

The analysis revealed that the shocking comments intensified following high profile events such as the Rotherham abuse case, the Trojan Horse scandal and the murder of British soldier Lee Rigby.

Men were found to be much more likely to post abuse with 80 per cent of all comments coming from male users of the site.

The report follows Facebook signing up to a new European Union code of conduct which commits it to review and remove online hate speech from its European sites within 24 hours.