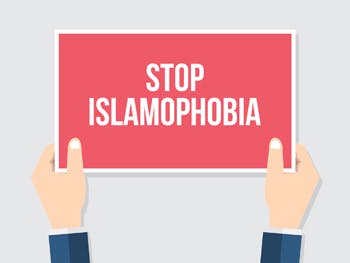 The Coronavirus crisis has sparked online hate speech targeted at Muslims and an influx of Islamophobic fake news on social media sites, new research has found.

The study carried out by Imran Awan, Professor of Criminology at Birmingham City University and Roxana Khan-Williams, found that Islamophobic online ‘Cyber Hubs’ were being formed which linked Muslims to the spread of COVID-19, spread anti-Muslim memes and shared fake news stories.

The findings have been published in a report titled, ‘Coronavirus, fear and how Islamophobia spreads on social media’, and provide a snapshot of the extent of the situation.

Analysing posts across Facebook, Twitter and Telegram, as well as content commonly shared across WhatsApp groups, the study showed a significant number of users across the platforms shared content portraying Muslims as a key contributor to the spread of the pandemic.

Imran Awan, Professor of Criminology at Birmingham City University, said: “We know that trigger events often lead to a rise in instances of Islamophobia and hate speech and that has certainly been the case during the coronavirus pandemic.

“The rise of fake news and how social media spreads it has led to a lot of these myths produced by the far-right being spread to the point that some have actually made their way into mainstream media, despite being debunked.”

“What this report demonstrates is how the COVID-19 crisis has been used to create ‘others’ of Muslims blaming them for the spread of the virus, and the extent to which the spread of fake news online is contributing to this extremely worrying trend.”

“While we haven’t yet seen this translate into physical hate-crimes, once social distancing rules are relaxed there are concerns that this could be the case.”

The independent members of the Anti-Muslim Hatred Working Group commissioned this research.  They are made up of members and experts from across society and their views do not express those views of Government.

Online abuse found to be targeted as Muslims through memes and online posts included: