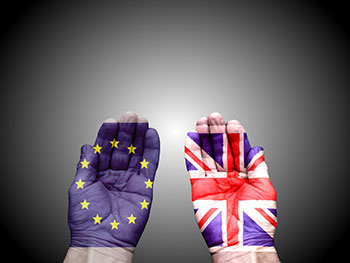 The Supreme Court’s ruling over Boris Johnson’s prorogation of Parliament could unintentionally hand the Prime Minister renewed hope of agreeing a withdrawal agreement in time for an October 31 exit from the European Union, a top Brexit researcher has said.

Speaking after the vote Professor de Ruyter said the ruling gave the Prime Minister the option of sticking with Theresa May’s agreement or reverting to the EU’s original offer which included a Norther Ireland only backstop.

He said: “Looking at it in the cold light of day, he has only two choices to effect a Withdrawal Agreement from the EU – stick with Mrs May’s agreement with its entire UK backstop – or revert to the EU’s original offer of a Northern Ireland-only backstop.

“Given that Johnson no longer has a majority, even with DUP support, he might well present this to Parliament, in order to secure the necessary votes to get Brexit over the line by October 31st. The Parliamentary outcome would then depend on two groups of MPs. Firstly the hard Brexit European Research Group of Tory MPs, many of whom see any kind of Withdrawal Agreement as a sell-out.

“It would then fall to a second group of MPs, namely Labour MPS in strongly Leave-voting areas such as Ruth Smeeth (Stoke) and Lisa Nandy, who could be tempted to cross the floor to vote with the Government on a revised Withdrawal Agreement. I think 10-20 Labour MPs could be tempted to do so.”

Professor de Ruyter believes that the ruling may lead pro-Leave Tory MPs to take a fresh look at a potential withdrawal agreement in order to drive Brexit forward, and that Labour’s latest stance could be seen as a bid to win over MPs in Leave constituencies.

I am of the view the European Research Group could vote with the Government this time, to get Brexit over the line – particularly if a Northern Ireland only backstop allows the UK them to start pursuing an independent trade policy upon the expiry of a transition period, whereby the status quo ante of EU membership in effect, would continue to apply. Notably, Johnson has appeared to rule out requesting an extension to this transition period.
Professor Alex de Ruyter

“The official position reached at the Labour Party Conference yesterday was to avoid explicitly backing Remain and leaving it until after the formation of a Labour Government to effect a referendum, where the choice would be between Remain, or leave with a withdrawal agreement. That is, that they have to offer the public another chance to vote on the issue, so as to assuage Labour Leave voters, and also to keep such MPs on side and avoid them voting with the Government.”