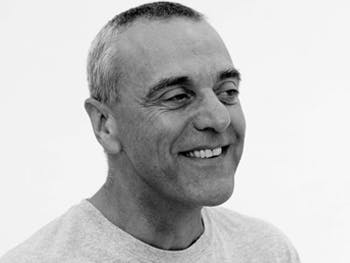 The Choreographer and Movement Director of the London 2012 Paralympic Games opening ceremony has been announced as Visiting Professor of Dance at Birmingham City University’s Royal Birmingham Conservatoire.

Professor Kevin Finnan MBE is known for his dynamic, highly visual productions integrating dance, circus and digital technology. As the Founder and Artistic Director of Leamington Spa-based Motionhouse, he is responsible for the distinctive style that his dance company is renowned for around the world.

This first appointment of its kind will see Kevin Finnan visit the Royal Birmingham Conservatoire to host masterclasses for the Acting students, as they seek to be among the next generation of great performers. Kevin will also work alongside academics and artists within the University’s Faculty of Arts, Design and Media to develop exciting research projects that build upon his 30 years in practice and break boundaries with new work.

“I’m thrilled to be taking up the role of Visiting Professor of Dance at Birmingham City University. I’m looking forward to contributing to and supporting the University’s dance activities and exploring the exciting opportunities that the role brings with it.

The collaboration reflects our commitment to the dance sector in the West Midlands and will help celebrate Birmingham and the wider region as a centre of excellence in dance.
Kevin Finnan

In September this year he created and directed ‘Watermusic’, a spectacular total experience with advanced light, sound and 3D projections for the Aarhus 2017 European Capital of Culture celebrations in Randers Harbour, Denmark.

Previously, he collaborated with Australian physical theatre company Legs On The Wall to create ‘The Voyage’ in Birmingham, which launched the London 2012 Festival in the West Midlands and was the largest free open-air spectacle ever seen in the city.

“We are delighted to welcome Kevin Finnan to Birmingham City University as the first visiting Professor of Dance. Here in the University’s Faculty of Arts, Design and Media we have a rich community of artists and scholars that Kevin will be joining, including Professor Julian Lloyd Webber, Professor Stephen Simms and Errollyn Wallen.

“Kevin and Motionhouse have a long history of working in the West Midlands and I am excited about the new possibilities that are currently opening up for dance in the region. Kevin’s appointment will contribute to that development and we look forward to working with him on new and innovative projects.”

Kevin has a PhD in Theatre from Warwick University and MA in Contemporary Performing Arts from University College Bretton Hall. He is Associate Artist of Greenwich+Docklands International Festival and in 2013 he was awarded an MBE for his services to dance.

Furthermore, as the first purpose built conservatoire in the UK since 1987, the new £57 million music and acting academy is the only one of its kind in the country designed for the demands of the digital age.