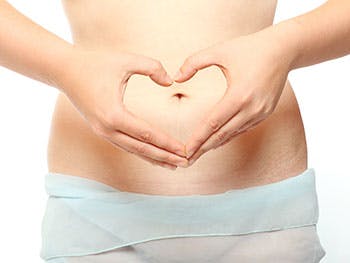 A new study has raised concerns over women’s experiences gaining treatment for endometriosis - with many forced to live with painful side-effects and some reporting that medical staff don’t take their concerns seriously.

The findings, which highlight the ongoing challenges experienced by many women living with the condition, are being shared as part of Endometriosis Awareness Week (6 – 12 March) by researchers at Birmingham City University’s Faculty of Health, Education and Life Sciences.

Many reported the ongoing failure of treatments and described an array of negative side-effects including weight gain, hair loss, abnormal hair growth and depression. Women also felt that there is a lack of understanding about the condition from medical staff; whilst others spoke of their ‘desperation’ in searching for treatment options to help alleviate their pain.

Endometriosis is a condition where cells similar to those found in the lining of the womb are found elsewhere in a woman’s body. It can cause painful periods, tiredness, bowel and bladder problems, and in some severe cases it can even lead to infertility. It is the second most common gynaecological condition in the UK, affecting 1.6 million women, a figure similar to the number of women affected by diabetes.

The study, which forms part of a larger research trial, looked at the experiences of women living with endometriosis and the various medical treatments available to them, including the pill, the coil and the injection.

Women described the frustration of trying to get a diagnosis. One woman stated: “I feel like the times that I was referred to the hospital – you really weren’t taken seriously… I’m 22 and it was like when I was speaking to them they were like, ‘You’re just a young girl it’s fine, you’ve had the symptoms for a while, you know, it’s nothing serious.’ It was like people just weren’t really willing to listen.”

I think you get to the point where you’re so desperate. It’s so hard to get people to take endometriosis seriously anyway.
Research Participant

After receiving the diagnosis, a woman describes the merry-go-round of ineffective treatments she’d been given to manage her endometriosis symptoms: “They started me on Depo-Provera, and that made it really, really bad… Then they put the coil in me and that, for a year and a half, was agonisingly painful. And they stopped that, and then they put me back on Depo-Provera actually. And then my symptoms got worse again, and then I was like, ‘I can't do this.’ So then they put me on the pill. They tried that for six, seven months, and it didn't do anything. Then they put me back on the coil for a month!”

Currently there is no cure for the condition and treatment options vary but can include surgery, hormone treatment, nutrition, and pain management.

Researcher Dr Annalise Weckesser said: “Endometriosis has long been a neglected area of research and funding.  We know that the average waiting time for women to receive a diagnosis is seven years, which is unacceptable.  Our pilot study shows that even once women receive a diagnosis, for some their struggle with managing their symptoms has only begun.”

Professor Emeritus Elaine Denny, who was also part of the team of researchers said: “As there is no definitive treatment for endometriosis, many women will be prescribed a range of medical treatments with distressing side effects, such as symptoms of the menopause. Yet their effectiveness may be short lived or non-existent, and they may temporarily impact on fertility. We desperately need more research into the condition to help the millions of women who are living with the condition."