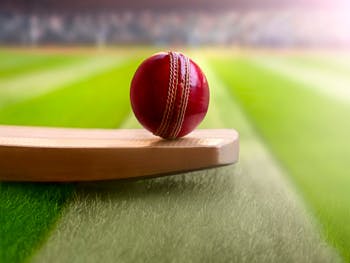 A Birmingham City University academic believes the continuing fallout from Yorkshire County Cricket Club’s handling of Azeem Rafiq’s racism allegations reflects a wider problem around the lack of diversity in the upper echelons of the sport.

Tom Brown, a PhD researcher at the University, who has also worked as performance coach with Warwickshire County Cricket Club, is investigating why, despite its immense popularity, so few British South Asian cricketers make the leap into the professional game in the UK.

Appearing before an evidence session with MPs on the Digital, Culture, Media and Sport committee today (Tuesday 16 November), Rafiq claimed that ‘cricket is worse than society’ on racism – and Tom’s research indicates stark racial and socio-economic biases within the sport.

Tom said: ”You are 13 times more likely to become a professional cricketer if you attended a private school. If you add ethnicity to the equation, you are 34 times more likely if you are white and privately educated compared to being British South Asian (BSA) and state educated. And yet, while the BSA community in England and Wales makes up only 8% of the total population, they represent 30% of those who play recreational cricket. This number increases to over 50% in major cities such as London, Birmingham and Manchester.

So there appears to be a problem of racial bias in the talent selection systems that needs addressing, particularly with regard to improving representation in the transfer from academies and youth talent pathways to the professional game.
Tom Brown

“But it’s important to note that increases in representation won’t necessarily tackle racism. When one particular group is so dominantly represented in any given discipline, the onus is often on the minority to accept the prevailing culture or risk being ostracised – even to the extent that inappropriate behaviour is deemed ‘normal.’ Left unchecked, this can develop to outrageous and unacceptable levels as appears to be the case with Azeem Rafiq, where Yorkshire apparently claimed comments he found deeply offensive were merely ‘friendly banter.’

“The culture and practices implemented by professional sides therefore need to be worked on so that all players feel comfortable and safe. Unfortunately, it could be argued that the process implemented by Yorkshire County Cricket Club and the manner in which Azeem has been treated throughout this investigation has caused as much, if not more, harm to him as the acts to which he initially reported.”