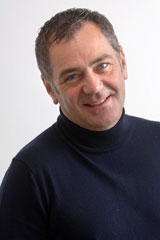 David is one of the UK’s leading criminologists, specialising in all aspects of prisons and imprisonment, murder and serial murder.

He is a regular commentator on TV and radio, appearing on diverse programmes including Newsnight, Radio 4’s Today programme, BBC 5 Live, ITV1’s This Morning and Channel 5’s The Wright Stuff.

David presented the Channel 5 series, ‘Killers Behind Bars: The Untold Story’, where he examined the true scale of crimes committed by some of the country’s most notorious killers.

His most recent research into British hitmen received national media coverage, including The Guardian, The Observer and the Mail on Sunday.