Senior Lecturer in Criminology, Deputy Director of the Centre for Applied Criminology, School of Social Sciences 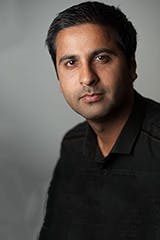 Imran oversees a criminology research team and offers expertise on extremism, counter terrorism, and the impact these issues have on Muslims living in the UK and abroad.

His research interests include the impact of counter-terrorism legislation on Muslim families, policing Muslim communities, extremism in society and the internet, and Pakistani gang culture.

He has commentated on major terrorism-related issues affecting the Muslim community for BBC Radio WM, BBC Radio Shropshire and BBC Coventry. He has also written a number of articles on this topic for The Guardian, Al Jazeera, the New Statesman and The Huffington Post.