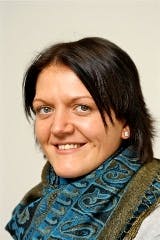 As Director of Birmingham City University’s Centre for Applied Criminology, Elizabeth works within a specialist centre engaged in a diverse range of research endeavours in and around the criminal justice system.

Her research interests include the representation of female serial killers, the issue of problematic female drinking behaviour, social divisions in prison and meeting the needs of a diverse prison population.

Alongside colleagues from the Birmingham City University Criminology department, Elizabeth researched the issue of British hitmen and received national media attention, featuring in The Guardian, the Daily Mail Online and the International New York Times.

Elizabeth is a regular commentator for TV and radio and blogs regularly for the University’s views@bcu site.