Our Campus and Facilities

Our cutting-edge facilities, including the largest University TV studio, are housed within a purpose-built Media Centre at The Parkside Building, part of our City Centre Campus.

There are four TV studios within the Media Centre, along with Studio B/Milo (the ‘green screen’). Three of the studios are able to do live multi-camera production and all studios (TV and radio) can be interconnected. It’s taken 22km of wire to make that happen! The Media Centre is fully digital. 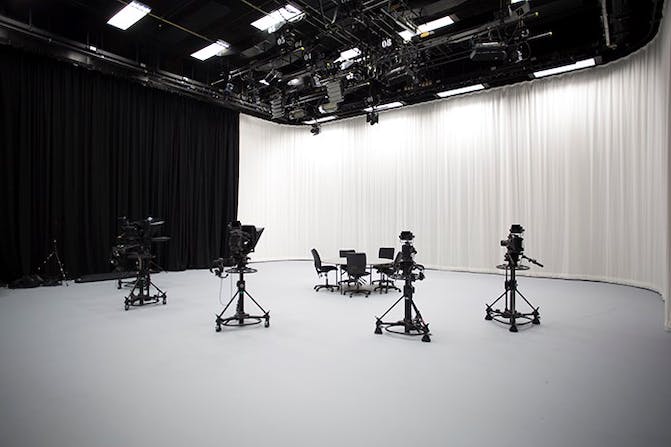 At over 2000sq ft and three stories high, Studio A’s TV floor is the largest of any University studio in the UK. Studio A could easily accommodate shows like ‘Deal or no Deal’, ‘Blue Peter’, ‘The One Show’, ‘Watchdog’ and ‘Newsnight’ to name but a few. 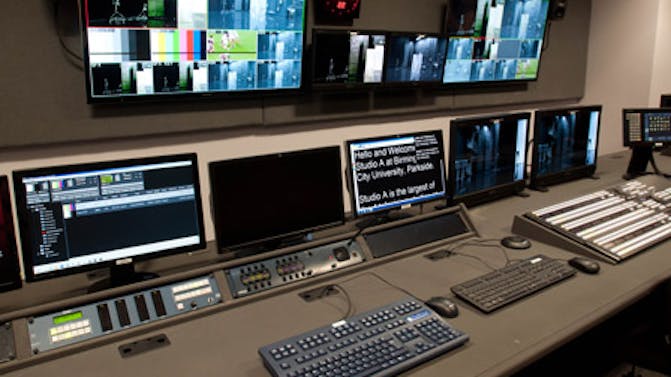 Studio A’s Gallery Suite #1 (TV) is where production, lighting, camera control, graphics and Autocue are controlled. Sony Broadcast have supported us in the development of the Media Centre, meaning we have broadcast-standard Sony monitors and three of their new full-HD digital vision mixing desks– some of the first examples in the UK.

Studio A’s Gallery Suite #2 (TV) is an audio gallery where the sound for the studios and the communication for interconnection are controlled. This gallery is also broadcast-standard thanks to Studer audio and a multi-layered ProTools desk. The desk allows for the three audio galleries to be used as independent sound studios or dubbing theatres. Each desk can control up to 120 sound sources in six banks of 20 channels. The desk alone cost £50,000. 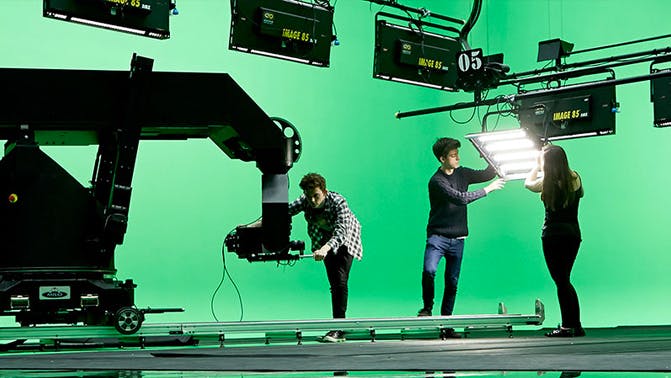 Studio B is a green screen studio for recording material that will then have CGI (computer-generated imagery) added to form the final image. The studio has a motion control camera, ‘Milo’, which can reproduce the same programmed move repeatedly. This allows the CGI and the live image to be synced.

Like Studio A, Studio B is three storeys high. The height allows the heat from the lights to be removed so that the studio floor remains at a reasonable working temperature. All the excess heat generated in the Media Centre will be recycled into hot water for the Parkside Building.

Studio C is 1900sq ft, and has a separate production and sound gallery on the same floor. Like all the studios, it is built as a box within a box (to enhance the acoustics for sound recording) and the lighting has been designed so that staff and students will not have to work at height to change the lighting design, this is done through the use of lights and bars which are moved across the grid by poles. 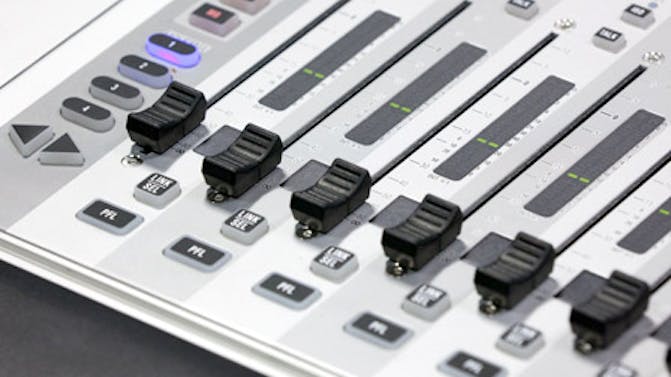 The Media Centre has four fully broadcast-standard edit suites, based on the industry-standard Avid editing system, which is used in almost all films and the majority of UK television. Though all of the suites can edit, two of the suites are specialised for Audio Finishing and Colour Grading. The Media Centre has a further 20 Avid machines in the post-production teaching suite on Level 0. 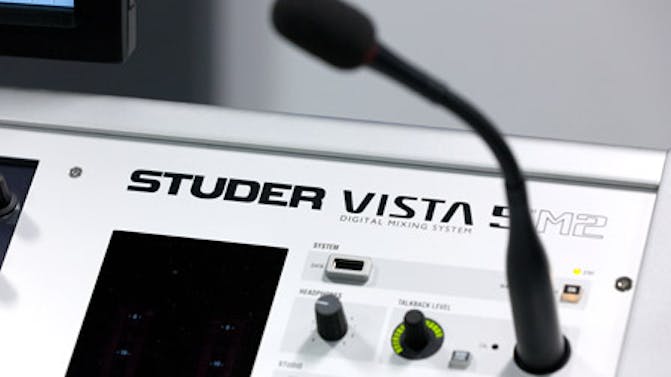 The Media Centre has full broadcast-standard dubbing suites. Based on a multi-layered ProTools desk, the suites can dub both film and TV projects with up to 120 simultaneous sound sources. There is an ADR (Additional Dialogue Recording) booth and the ability to record Foley (additional live sound, like footsteps).

If additional Foley activity is required, for example to cover a crowd scene, then one of the radio studios or TV studio floors can be used and the sound delivered to a dubbing suite through the technical integration system.