Our members consist of talented journalists, academics and media activists at the forefront of media diversity. Through our networks and experience, the Centre acts as an impartial voice addressing inequality in the industry.

Sir Lenny Henry is an actor, comedian and campaigner. He became the Chancellor of Birmingham City University in July 2016.

Born in the West Midlands town of Dudley in 1958, Lenny rose to fame through the television shows Tiswas and New Faces, as well as co-founding the charity Comic Relief. Since then, he has enjoyed an extensive career in film, TV and onstage. In recent years, Sir Lenny has enjoyed widespread acclaim for more dramatic roles, including playing the title role in a stage production of Shakespeare’s ‘Othello’.

In 2015, he was made a Sir in the Queen’s 2015 Birthday Honours List for services to drama and charity. He was then presented with a special BAFTA award in 2016, in recognition of his outstanding contribution to television. Sir Lenny released his memoir, Who Am I, Again?, in 2019.

In academia, Sir Lenny became a Doctor of Philosophy in 2018, for his research investigating the role of black people in the media. In 2020 Sir Lenny was made a visiting Professor of Media Diversity at Birmingham City University. 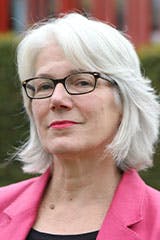 Diane Kemp is Director of the Sir Lenny Henry Centre for Media Diversity, which launched in March 2020, and Professor of Broadcast Journalism at Birmingham City University.

She was Deputy Chair of the Broadcast Journalism Training Council for 8 years and still chairs the committee which oversees their Placement Assistance Scheme.

She was made a Principal Fellow of the Higher Education Academy in 2016.
In 2019 Diane started the Women’s Professoriat for the then 27 women Professors to meet and exchange information at Birmingham City University. She was on the University’s committee to gain Athena Swan recognition and worked on the cross-city initiative ‘Birmingham Partners’ of which Birmingham City University was a founder member. For ‘Birmingham Partners’ she was also on the city’s child poverty action forum and was a Poverty Truth Commissioner for two years.

Diane has been a consultant for the Council of Europe on diversity in journalism over  a number of years and projects, most recently coordinating their ‘Div-A’ project – Diversity Accelerator. She was the lead consultant on their two year MEDIANE programme and produced training resources, and acted as facilitator, for the Council of Europe’s previous two campaigns. Diane has taught journalism ethics in Macedonia and Lithuania for the Fundamental Rights Agency of the EU, where she has also done work for Transparency International. She has also chaired panels at the International Journalism Festival in Perugia, Italy and been a judge for the UK’s Royal Television Society’s journalism awards. 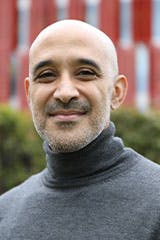 Marcus is a leader on the issue of diversity in the media industry, backed by a track-record of award-winning news and current affairs productions delivered by diverse teams for a range of organisations including the BBC and China’s largest digital broadcaster CGTN, spanning a period of over 25 years.

Marcus is Head of External Consultancies for the Sir Lenny Henry Centre. He was also recently made a visiting Professor in Media Diversity at Birmingham City University. He has been actively involved in nearly all major UK diversity developments over the last five years, and been asked to give evidence to the UK Parliament twice on the topic. He is regularly asked to write articles on the topic for newspapers such as The Guardian and FT, as well as industry magazines such as Broadcast. 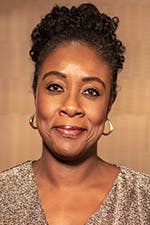 Marverine is the Director of BA (Hons) Journalism courses at the Birmingham Institute of Media and English. A born-and-bred Brummie, and an alumna of Birmingham City University (having completed not one, but two postgraduate courses here) she has experienced both the excitement of student life and learning at the university, as well as its teaching excellence.

Marverine’s media career spans 33 years, the last 17 of those as a Journalist and Broadcaster, across local, national and international broadcasters, winning several awards for her work. She’s clocked up over 3,500 hours of presenting live on television - in studios and on location. She’s also produced documentaries for BBC Radio 4, BBC 5 Live and BBC Radio 1Xtra.

As a News Anchor for a world-renowned international rolling news channel, Sky News, Marverine handled countless major breaking news stories, regularly broadcasting to an audience of millions worldwide. She’s also been a Newsreader and Reporter for the BBC, ITV News, and 5 News.

As a core member of the Sir Lenny Henry Centre for Media Diversity Team, Marverine will be working on practice and research projects.

The Centre's Advisory Board comprises the core group and the following members. 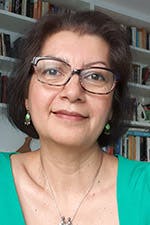 Mukti Jain Campion is founder of the independent production company Culture Wise. She trained at the BBC and went on to produce a wide range of richly diverse television and radio documentaries for over 35 years. In 2004 she was awarded the Guardian Research Fellowship at Nuffield College, Oxford for a ground-breaking study, Look Who’s Talking: Cultural Diversity, Public Service Broadcasting and the National Conversation. She has written, lectured and trained widely in the UK and internationally. She currently serves as a panel member for the Audio Content Fund. 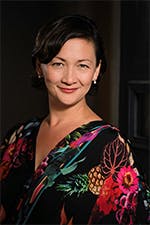 Angela has worked in the UK television industry for twenty years as a documentary director, commissioning editor diversity champion. Most recently she was Head of Creative Diversity at C4, where she was responsible for the broadcasters inclusion strategy onscreen and off. Prior to this she worked at the BBC as their Independents and Diversity Executive, ensuring diverse representation in its programming, supporting SMEs and diverse suppliers, and implementing the BBC’s supply strategy across the nations and regions. Her specialism has been in unlocking the potential of small creative businesses from under-represented groups.

She holds an Executive MBA in the Creative Industries from Ashridge Hult Business School, a degree in Social Anthropology from Cambridge University & a Masters in Fine Art Photography. Angela is now a consultant, lecturer and doctoral researcher at Royal Holloway University specialising in inclusive innovation and creative industries policy.  Her research explores the business models and behaviours that drive successful inclusive growth in the digital and immersive sector. 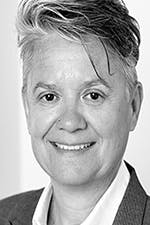 Karon is a barrister practising principally in the fields of equality and human rights law. She is the author of the leading textbook, Equality Law (OUP). She is a member of the Equality and Human Rights Commission Panel of Preferred Counsel. Karon is also a visiting professor in the UCL Faculty of Laws. She has undertaken advisory work on promoting media diversity through the innovative use of equality laws.

Director of CEDIA (Centre for Equality, Diversity and Inclusion in the Arts) 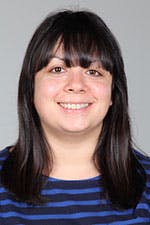 Dr Karen Patel is a Research Fellow at the Birmingham Centre for Media and Cultural Research, and Director of the Centre for Equality, Diversity and Inclusion in the Arts (CEDIA) in ADM. She is currently leading the AHRC funded project Craft Expertise, in collaboration with Crafts Council.

Karen’s research interests centre on issues around inequalities, intersectionality and social media use in creative work. She is author of The Politics of Expertise in Cultural Labour: Arts, Work, Inequalities and co-editor of Craft Entrepreneurship with Dr Annette Naudin (both published by Rowman & Littlefield International). 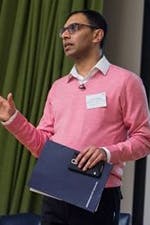 Rajinder was previously the Director of the newly formed Centre for Equality, Diversity and Inclusion in the Arts (CEDIA) at BCU. He is an elected Trustee of the Executive Council for Learning on Screen: The British Universities and Colleges Film and Video Council which serves over 200 higher, further and school education member institutions in the UK.

Rajinder has also been appointed to serve on the Research Excellence Framework/REF2021 as a Sub-Panel Member for Unit of Assessments 25 – Area Studies; and 33 - Music, Drama, Dance, Performing Arts, Film and Screen Studies.

From September 2012 until July 2020 he has also served as Elected Secretary (until Sept 2015) and Executive Committee Member of the British Association of Film, Television and Screen Studies (BAFTSS).

Rajinder has also appeared widely across global media sharing aspects of his research, including with the BBC Asian Network on Fifty Films, Another Fifty Films, and as Doc Bollywood in The Film Surgery. 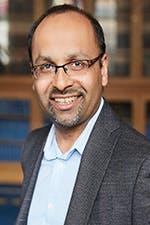 Hetan Shah is chief executive of the British Academy, the national academy for humanities and social sciences. He is visiting professor at Kings College London. Hetan is chair of the Friends Provident Foundation, a grant-making trust, and deputy chair of the Ada Lovelace Institute, which focuses upon how to ensure artificial intelligence and data are used for public good. He is a trustee of St George’s House, a charity based in Windsor Castle which organises discussions on issues of public interest.