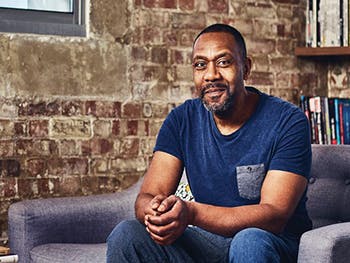 March 25 sees the launch of this new research centre aimed at examining and increasing diversity across the UK’s media. The launch will be taking place online due to the Covid-19 health crisis.

Birmingham City University’s ‘Sir Lenny Henry Centre for Media Diversity’ will provide independent, data-driven, and authoritative analysis combined with first-hand insights relating to representation across the industry including journalism, acting, film, TV and radio in both public-facing roles (on-screen and on-mic) and in production/editorial roles.

The launch will also highlight the work of the actors' union Equity from their diversity monitoring of mainstream broadcast media.

Highlighting Equity's work is part of the ethos of the Centre to work with other organisations and give them a platform to share their findings with a wider audience.

The Centre aims to:

The Centre’s ethos is based on valuing collaboration across the sector as already outlined in our work with Equity. Equity research was conducted by Dr Jami Rogers. More details are included in the Sir Lenny Henry Centre’s launch video, which will be live on March 25.

The video was put together by contributors mostly in self-isolation and on three different continents. All of it is free to use and share.

Plans for a public launch were put on hold several weeks ago because of the current health crisis, but the Centre team felt an online launch should still go ahead in order to get this important work started.