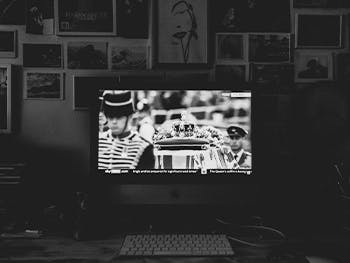 These are personal views, and do not reflect the view of Birmingham City University or the Sir Lenny Henry Centre for Media Diversity.

At 4.45pm on Thursday 8th September I had a one-to-one meeting with the BBC Director General, Tim Davie, to discuss why diversity and inclusion matter to editorial impartiality.

As I entered the meeting room at BBC Broadcasting House in London, Tim Davie politely warned me that he might be pulled away at any moment due to reports of the Queen’s ill health. However, the meeting passed without interruption (although as we all now know the Queen did die later that day).

The main point I put to Davie was that nearly all of the BBC’s high profile editorial failures in recent years have arisen from its mishandling issues of diversity and representation. From presenter Naga Munchetty being disciplined for commenting on a racist tweet by President Trump to the BBC being forced to change an online article which originally described trans women as ‘vile, weak and disgusting’.

While not revealing the full details of our conversation, I do not think it would be betraying any confidence to report that what Davie seemed most curious to know was where I thought the BBC’s next editorial problem might arise.

During the meeting I wanted to focus on the broader systemic challenges but as I left, I finally gave him my answer:

There is one specific issue that I think is looming” I said to Davie, “the Queen’s death. The Queen is about to die and I suspect the BBC isn’t ready for it when it comes to diversity and inclusion.

Over the last few days I feel that my warning has not only been proved correct but also extends beyond the BBC.

The UK media have mostly taken the same editorial line that the Queen’s death has plunged a nation into mourning.There has also been little critical analysis of the proclamation of King Charles III’.

The uniformity of the coverage across British media is surprising. The United Kingdom is by definition a heterogeneous country (the clue is in the name) made up of four nations: England, Scotland, Wales and Northern Ireland. The four nations have very different relationships with the monarchy.

A survey poll in May 2022 by the British Future think tank, indicated that only 45% of respondents in Scotland positively wanted to retain the monarchy, with 36% saying they thought the end of the Queen’s reign should mark the end of the monarchy all together.

That survey does not appear to be an anomaly. In 2021 a similar poll conducted by Panelbase found that 47% of Scottish adults would vote to keep a royal head of state, compared with 35% who were in favour of an elected head of state.

According to the British Future survey, Britain as a whole appears to be more pro-royalist than Scotland with almost six out of ten wanting to retain the monarchy.

Opinions towards the monarchy also differ depending on age and ethnicity - the same British Future poll showed only 40% of 18 to 24-year-olds supported keeping the monarchy, and only 37% of people from an ethnic minority did so. 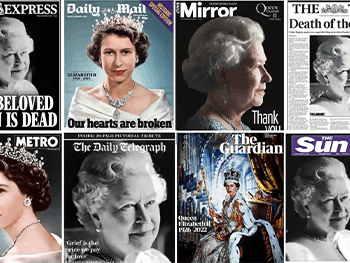 The story becomes even more complex once age is combined with regionality. According to a YouGov poll, also conducted in May 2022, 80% of 18-30 year olds in Wales want to abolish the monarchy.

None of these polls, conducted before the Queen’s death, can tell us what people are currently feeling about the Queen’s death or about the proclamation of King Charles III. However, they do indicate that UK media coverage may not reflect the complex range of views people have about the monarchy.

Does this matter? People might feel that the UK media have gone a bit overboard in their coverage of the Queen’s death - but does it really do any harm?

The answer is: yes, it does tremendous harm. Harm that could have consequences for years to come.

At important national moments such as these, it is vital that the whole country is represented in all its diversity. Otherwise it can appear that the mainstream media are saying to vast swathes of the population: “you are not part of this nation - you do not belong here”. This can cause people (often from already under-represented groups) to lose trust in the UK media - and even worse - drive them to less reputable news sources on social media that might be more prone to misinformation.

UK media coverage has been in stark contrast with how the Queen’s death has been reported by US, African and European media, with even wider opinions shared on social media.

One only has to take a cursory look at #BlackTwitter or #IrishTwitter to see a range of British and non-British views on the Queen’s death that are not being reflected on mainstream UK news.

While no journalist from any British media company has contacted me, I have been interviewed by the US broadcaster ABC News and the German broadcaster ARD on this issue. Similarly my colleague at Birmingham City University, Professor Kehinde Andrews, has been interviewed by the US publication Politico. I have also seen some great news items on CNN and NBC covering a variety of responses to the Queen’s death, rather than simply claiming that the “whole” nation is in mourning. 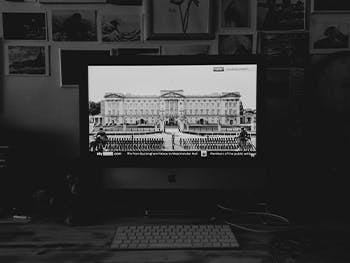 Some UK newspapers and other media outlets have begun to publish opinion pieces by people from Black, Asian and minority ethnic backgrounds who might not be mourning the death of the Queen in the same way as other people in Britain. However, it is important to realise that this approach can be problematic and further exacerbate the sense of “us and them”.

This is because it juxtaposes the supposedly “correct” editorial stance (that the whole nation is mourning) which has the full weight and authority of so-called “impartial” journalism with another stance which is relegated to being just an “opinion”. Moreover, commissioning these as opinion pieces risks framing any dissent from the dominant editorial stance as a “problem of the ethnics”, ie a problem with multicultural Britain.

So what at first may seem like a welcome attempt to include more diversity, can instead lead directly to sloppy journalism and simply reinforce the existing structural imbalances of whose opinions are heard and valued in our national conversation.

For example when four people were arrested in Scotland for protesting against the proclamation of King Charles III many newspapers framed it as a “freedom of speech” issue and about the “right to protest”. The journalism neglected to present it as a representational issue. Yet, assuming the polls are correct, these four protestors were representing the views of over a third of Scottish people.

In these emotionally charged times I should emphasise that this is not about being a monarchist or a republican. Nor am I ignoring the fact that a large proportion of the British population is grieving. This is about professional and impartial journalism, reflecting an authentic picture of the views and opinions of the entire nation back to itself.

The coverage of the Queen’s death offers big lessons as to why diversity and inclusive representation are essential to good journalism. But as I explained to Tim Davie, it is not just about identifying issues with individual stories. There is a bigger problem which is systemic. How diverse are the people working in newsrooms? Who sets the editorial agenda? Who understands the nuances of regional opinions? We know UK media are disproportionately based in London. Even when news offices move outside of the M25, major editorial decisions are still made within it. Moreover, survey after survey shows that people of colour are seriously underrepresented in British journalism. There are many other ways in which the workforce simply does not reflect the UK population.

These major diversity and inclusion failures must be urgently addressed. Otherwise, the next editorial disaster is potentially only one news cycle away.