Little Mix should avoid a shout out to ex-bandmate, says PR expert on Jesy Nelson drama 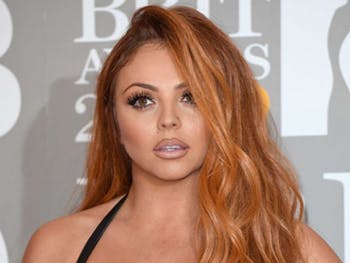 Senior lecturer in Public Relations and Media at Birmingham City University, Kelly O’Hanlon, questions whether seeking out a controversial social media storm was planned in a bid to raise the profile of Jesy Nelson’s debut solo single, ‘Boyz’.

The old adage says that there is no such thing as bad publicity, and in a world where media scrutiny is rife no matter what one in the public eye may say or do, many a celebrity has embraced this fact.

When promoting a new record, musicians are always seeking new ways to garner attention and stand out from the cluttered market space, from overnight, unannounced album drops to well-timed news stories landing conveniently in the build up to a new release.

Since Jesy Nelson left Little Mix, she has been working on developing her own solo style and sound, so the release of her first single, and subsequent album, is much anticipated – amongst Mixers but also the media at large, ready to see if this popstar has what it takes to be successful in her own right.

I am not surprised to hear all sorts of rumours and allegations circulating, as drama sells papers… and records. It’s also not the first time that a woman in the spotlight has been pitted against others, and with a group of ex-band mates, it’s the perfect storm. Whether it’s Britney vs. Christina, Colleen vs. Rebekah, Taylor vs. Katy, Cardi B or Miley vs. Nicki… there is a precedent of public battles between female stars – because it fuels the gossip columns, but also as it speaks to the way in which women are viewed and portrayed by the media.

It’s clear from speaking with my PR students that what Jesy is doing isn’t all that unexpected or shocking. In fact, choosing to work with Ms Minaj they considered to be a ploy in itself to court attention, as she is known for being embroiled in controversies and for her provocative persona.

This would have been anticipated, to some extent, or a cynical person might suggest that this was the plan all along; to seek out a social media storm in the hopes of raising the profile of Jesy’s new song. And in that, they have succeeded; far more people are discussing this, watching the video and talking about it across social media than if everyone just played nice.

Little Mix and Leigh-Anne are best advised to avoid a shout out to their ex-band member on this issue; it’s a far more complicated issue, and when it is a case of one story against another, the court of public opinion will always back the one they perceive to be most credible. Jesy gained some support through sharing her mental health issues, but Little Mix are an established united front.

Jesy has shown that she has overcome worse during her career and I salute her for the swift and sincere apology over alleged ‘blackwashing’ in her new video. I have no doubt she will bounce back.