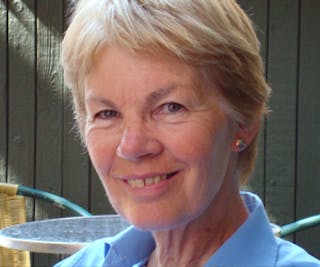 After graduating with a BA (Hons) in Spanish with French from Kings College London in 1969, Her Honour Frances Kirkham CBE attended Birmingham Polytechnic in 1974 to undertake the Law Society's Part 1 examinations - where she later returned as a member of the panel for the Law Society Final and CPE examinations.

She completed the Law Society's Part 2 examinations at the College of Law and was admitted as a solicitor in 1978. Having previously been a partner at three national solicitors' practices, she was appointed as senior circuit judge as a designated Technology and Construction Court (TCC) judge in 2000. With the majority of this being High Court work, she case managed and tried cases involving disputes in the construction and engineering industries, IT, manufacturing, plant and equipment. Frances also dealt with cases in the Chancery, Mercantile and Administrative courts.

As a Chartered Arbitrator, Frances has acted as an arbitrator on many occasions, in many areas including construction, engineering, manufacturing and landlord and tenant disputes.

Frances served as a Commissioner of the Judicial Appointments Commission from its inception until 2011.

Awarded the Birmingham Law Society's Lifetime Achievement Award in 2011, Frances' work has seen her travel across the world, observing the work of the French courts at the Palais de Justice in Paris in relation to construction and engineering disputes. She also has a number of professional appointments and memberships and was a founder committee member and first secretary of the United Kingdom Association of Women Judges, as well as a founder member and first chair of West Midlands Association of Women Solicitors.

She currently accepts appointments as arbitrator, adjudicator and mediator.