You’ll find absolutely everything you need and want in Birmingham, the UK’s second largest city and home to more than 65,000 students. With such a large student population, including thousands of international students, the city is fully equipped to ensure that every aspect of your study and social life is the best that it can be. 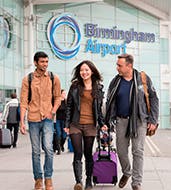 A gateway to the UK and beyond

Birmingham International Airport is just a 10 minute train ride from Birmingham City University and provides links to hundreds of destinations, including China, making it easy and convenient for you to get to and from home.

Birmingham is also centrally located in the UK and has a fantastic road and rail network, including three major rail stations within walking distance of campus, providing an excellent base for exploring the UK. 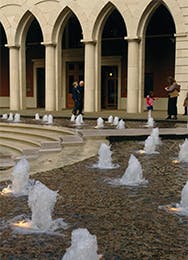 Birmingham is full of fascinating cultural locations, including museums, art galleries and other places of interest. As the birthplace of the industrial revolution there is a lot of history in our city! Ironbridge, home to world’s first bridge made from cast iron is just outside the city in a UNESCO World Heritage Site, and if you're more literary minded, why not visit Shakespeare’s birthplace in Stratford-upon-Avon, a short train ride away? 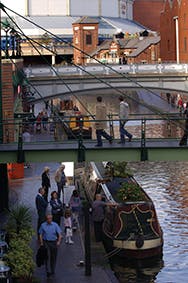 With two huge, modern shopping centres (the Bullring and the recently opened Grand Central), as well as countless local and boutique stores, you're spoilt for choice for shopping in Birmingham, with something for every style and price range. The historic Jewellery Quarter is the centre of the UK’s jewellery industry and has hundreds of jewellery shops.

Birmingham is a melting pot of different cultures and so has restaurants and eateries catering to cuisines from across the world, including our Chinese Quarter with dozens of authentic Chinese restaurants and shops.

Birmingham has the lowest crime rates of any of the 10 biggest cities in the UK. Millions of pounds has been invested in improving infrastructure, lighting and policing in the city, creating a safe, clean and pleasant environment to live in.