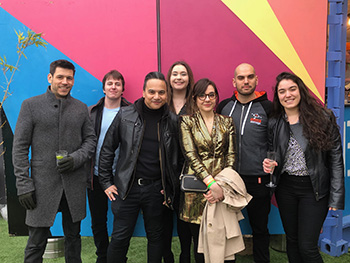 Gamesindustry.biz has revealed its Top 100 Women in Games, a list of the most influential women operating in all areas of the games industry, from development and publishing to media, retail and services.

Zuby Ahmed, Associate Professor of Games Design, said: “Knowing that our celebrated graduates are part of the nominated list is a great achievement. It’s only a matter of time before these strong successful women are leaders in their own fields. I am really proud to be part of their journey so far.

“It’s fantastic to see that we at Gamer Camp work with some of the top 100 most influential women working in the UK games industry, to help give our students the best experience in games development. I applaud all of these successful, accomplished women."

Kalliopi currently works at nDreams, while Cissy and Jessica are employed at Rockstar North and Traveler's Tales respectively.

Gamesindustry.biz commented that the judges were looking for nominees working within the games industry across the United Kingdom, “not just the big name stars, but anyone working behind the scenes and making a significant impact on video games and the people around them”.