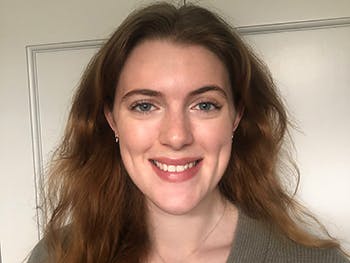 The origins of ‘cancel culture’ and its increasing presence in society is the focus of a final year project by a student at Birmingham City University.

Grace Duval delved into the topic for her undergraduate dissertation after some of her idols fell victim to the social media trend, regarded as promotion of the ‘cancelling’ of people or brands as the result of an offensive or controversial incident.

“In 2020 a lot of the figures I looked up to such as JK Rowling and Caroline Flack were cancelled,” explained Grace, who studies Fashion Business and Promotion and lives in Islip, Northamptonshire.

“It was fascinating to read online articles and social media commentary focussed upon what they were said to have done wrong and whether the people conducting the cancelling were in the right for doing so. Growing up I had never seen celebrities or figures being cancelled for what they are now, so I was interested to see how social media particularly plays a part in cancel culture.”

As part of Grace’s study, she researched well-known figures considered as being cancelled at times in the last ten years, including British fashion designer John Galliano who was found guilty of racist and anti-Semitic abuse in 2011.

“I researched many papers and conducted surveys and interviews to understand how different generations perceive cancel culture.”

Grace found that cancel culture is increasingly resulting in people feeling fearful of telling their truths and that the trend can be traced back to before Christ.

“The earliest signs of cancel culture can be found within the origins of the bible, with authors of chapters being sent into purgatory,” said Grace.

“Extreme forms of cancel culture can be seen within the past 200 years with the suffragettes being cancelled for fighting social norms.

Today, social media is seen as the catalyst for the rise in cancel culture and those I spoke to found it to be leading society into one with no free speech, with people being afraid to speak out for what they believe in for fear of being cancelled..

Grace found cancel culture mostly being tied to attacks on minorities, such as acts of racism, homophobia and transphobia.