Director of the Institute of Creative and Critical Writing

Gregory is a poet and critic, with research interests in English Romanticism, poetry and creative writing. His poetry collections include The Fetch (Nine Arches Press, 2016) and The Body in the Well (HappenStance Press, 2007). A regular contributor to The Poetry Review, his poems are published widely elsewhere, including the journals The North, The Rialto, Magma and Poetry London, and the anthologies CAST: The Poetry Business Book of New Contemporary Poets, Birdbook II, and See How I Land: Oxford Poets and Exiled Writers.

He has held a number of poetry commissions and residencies at schools, conferences and festivals, including a recent commission by Writing West Midlands for broadcast on BBC Radio 4, and a poetry project working with refugees joint funded by Oxford Brookes University and Arts Council England. He has written radio drama for the BBC, and was awarded a Hawthornden Fellowship in 2013. Gregory was also selected for the Writing West Midlands Room 204 Writer Development Programme 2015-16. His book on Coleridge’ s poetry, the transnatural, and the dilemmas of creativity, Coleridge and the Daemonic Imagination (Palgrave Macmillan, 2011) won the University English (formerly CCUE) Book Prize 2012. As well as his work on Coleridge, he has published essays on Wordsworth, Lamb, Keats and Ted Hughes. These include chapters in the Oxford Handbook of William Wordsworth (Oxford University Press), John Keats in Context and the forthcoming Ted Hughes in Context (both Cambridge University Press).

Gregory has also carried out primary research on witchcraft and magic in nineteenth-century and early twentieth-century fiction, as part of a project funded by the British Academy. He regularly speaks at international academic conferences on Coleridge, Wordsworth and Ted Hughes, and chair events at Birmingham Literature Festival, including the Man Booker Prize event and interviews with leading authors.

As Director of the Institute of Creative and Critical Writing in the School of English, he leads our programme of guest seminars and masterclasses with authors, editors and agents for our students, together with a programme of public literary events every year, including readings, book launches, seminars and writing workshops. He is currently supervising doctoral theses on representations of the domestic uncanny in contemporary short fiction, fictional autobiography and the fragmentary novel, and disability poetics.

Gregory is an external examiner for the University of Chichester creative writing programme, and has acted as external examiner for the University of Cape Town, South Africa. He is a peer reviewer for Romanticism, and a reader for Oxford University Press. Besides his work for The Poetry Review, he also reviews for Notes & Queries, Romanticism, The Wordsworth Circle, The Coleridge Bulletin, The Charles Lamb Bulletin, and the BARS Bulletin and Review.

Gregory's research interests are in:

His research in English Romanticism is principally on poetry, and the relationship between poetry, philosophy and spirituality. His interests focus in particular on Coleridge and Wordsworth. His work on twentieth-century and contemporary poetry, especially Ted Hughes, is continuous with these themes and their ongoing evolution. As a poet, I am particularly interested in the fusion of the lyric and the mythic, the transnatural, and the experience of mystery.

Gregory's thesis presents a new reading of Coleridge based uponthe formative drama it discovers at the heart of his work –namely the simultaneous experience of exaltation and transgression, and its signature embodiment in the daemonic figures of his poetry.

He has also conducted ‘in conversation’ and panel sessions with other writers for the Birmingham Book Festival. 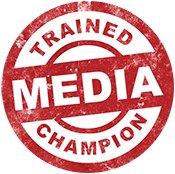 Gregory Leadbetter is one of the University’s dedicated team of trained media champions, and can comment on a range of subjects including:

The Institute of Creative and Critical Writing