Spirals and all that

It is possible to characterise teaching and learning as telling kids stuff and then testing them to see if they know that stuff. This has never seemed terribly satisfactory to me. After all, many teachers will tell you that learning isn’t a linear process, where every child learns everything in an identical order. Whilst there isn’t really room here to get into what teaching and learning might, or might not be, thinking about it does put me in mind of one of my favourite quotations: “Teaching is far more than telling” (Phillips, 1969). If teaching is far more than telling, it must be far more than testing too, I suppose. Stretch the thought a little more and we might start to think about what development is and isn’t.

When you come to think about it, there’s been quite a lot of discussion about development.  Piaget has his stages of development described in different operations (Piaget, 1971) and Vygotsky has his zone of proximal development, the idea that “what a child can do with assistance today she will be able to do by herself tomorrow” (Vygotsky, 1978: 78) and I guess these ideas about development are very much the tip of the iceberg. But to my mind, it’s when you start to think about development in spirals that things get really interesting.  As far as I know, Bruner is to blame for this one, with his discussions of spiral development in curriculum terms.  For Bruner this begins with intuitive accounts, spiralling back to later become more powerful moments, generating and structuring development and leading ultimately to deep mastery (Bruner, 1960, 1991).  I’m not too sure what I think about the deep mastery stuff and whether this is really possible; it is certainly something which lies beyond my own limited experiences.

Leaving mastery aside, it is fair to say that spirals as a way of thinking about development in music education have a considerable history too.  Coming after the Manhattanville Music Spiral (Thomas, 1970), in the United States which used quite specific musical ideas like rhythm, pitch and timbre, was the Swanwick/Tillman spiral (1986), with a rather more conceptual approach.  The Swanwick/Tillman spiral is based on a detailed analysis of 745 compositions from 48 children aged 3-11 over 4 years.  Put briefly, the spiral was a way of understanding musical development following this study and consists of four turns with levels of transformation: materials, expression, form and value.  It presents a way of understanding musical development as a way of “scaffolding pupils’ learning” (Boyce-Tillman & Anderson, 2022: 61).  This is quite different from the teach them and tell them approach – it provides a means for thinking about musical development in a multi-dimensional way (Anderson, 2022).

The Swanwick/Tillman spiral has had a huge influence on how we think about how musical development might occur and what it might be, and this has been discussed extensively in the music education world.  At the time of writing, the original Swanwick/Tillman article has 710 citations according to Google Scholar, and that is a pretty impressive feat.  Swanwick and Tillman’s spiral has been discussed in areas as wide-ranging as instrumental teaching, settings for children with additional needs, primary and secondary school teaching, learning development for professional musicians, as well as jazz improvisation to mention just a small selection of music research areas. There has been lots of thinking and reflection on this spiral recently, with the British Journal of Music Education producing a special edition marking the 35th anniversary of its first publication.  So the legacy and impact of Swanwick and Tillman’s work continues to be felt today in classrooms and beyond. 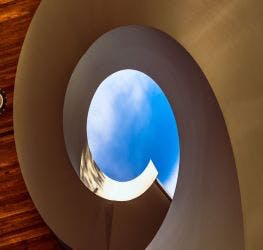 Spiralular thinking has also continued to be pretty important in the ways we think about music and is an idea that has been further developed by others too.  The music company Charanga use a spiral to think about how interrelated dimensions of music and musical progression come together in their resource for primary schools (Charanga, 2015).  López-Íñiguez (2017) presents some fascinating spiral thinking in her work on instrumental teaching and the dynamic between parents, students, teachers and institutions.  Fautley and Daubney (2019) also use a spiral to think about planning and assessment in music in their materials for the Incorporated Society of Musicians. Even more recently, Music Mark (one of the subject associations for music education in the UK) have used a spiral in their resource A Common Approach.  Their spiral appears to lay down some of the thinking foundations which enable their vocal and instrumental curriculum. There has been thinking about spirals outside of music and I’ve already talked about these a bit, but it does seem to me that how music enables us to develop can, in particular, find a helpful form when we start thinking about spirals.  That might be why so many people have used this idea, I suppose.  If this kind of thinking helps us on our own musical journeys and, in turn, to inspire those we are working with to discover the world of music and to grow in their musical responses, then I’m all for it.

I’m hoping that by now, your curiosity might have been piqued and you might want to see some of these fascinating spirals.  With this in mind, there is a table with some links for you to explore below.  Enjoy the journey and I hope it takes you to worlds of thinking you’ve never been to before.  And back again, of course, because perhaps your thinking won’t be linear either.  Join me in discovering, rediscovering and thinking about the helter-skelter of musical development.  It’s quite a ride.