bell hooks and the exhaustion of critical pedagogy

The aim of critical pedagogy is to transform students into “political subjects who recognize their historical, racial, class, and gender situatedness (…) and are politically and ethically motivated to struggle in the interest of greater human freedom and emancipation” (McLaren, 1995). But how can critical pedagogy succeed if it fails to understand its own “historical situatedness”?

bell hooks’s Teaching to Transgress (1994) is one of the classics of critical pedagogy. hooks’s text continues the tradition inaugurated by Paulo Freire’s Pedagogy of the Oppressed (1968) but under changed circumstances. Freire’s text is a product of the 1960s—a moment of political opportunity with activism around civil rights, decolonization, and the mounting tensions of the Cold War. hooks’s text, on the other hand, is the product of a far less political time—the booming 1990s—marking the rise of identity politics after a decade of neoliberalism. Yet, what connects these texts, is their failure to adequately register their respective historical moments.

The political failure of the 1960s New Left manifests as its dispersal into academia a decade later. Freire is a good example of this. As a civil servant, he had sought to improve literacy among peasant communities in rural Brazil. But his political career was cut short by the 1964 coup. While exiled in Chile, he wrote Pedagogy of the Oppressed. The book launched him on an international career, teaching at Harvard and consulting with governments around the world on how to improve their education systems. While Freire’s trajectory reflects the specific political conditions of Brazil, it also illuminates the fate of the New Left everywhere. Failing to lead the “oppressed” in revolt, it entered the academy, hoping to keep the spirit of dissent alive even as political momentum waned.

The death of the New Left brought on the emergence of the academic left. Critical pedagogy’s rapid development in the 1980s was fuelled by the rise of new critical discourses. The academicization of dissent—which was in full swing during this period—was not taken as a sign of political crisis but rather experienced as a moment of opportunity. Postmodernism offered new theoretical frameworks and ideas, which, it was hoped, would bring new possibilities—even political possibilities. To give a sense of the giddiness and myopia reigning in the postmodern university, consider Terry Eagleton’s bestselling Literary Theory: An Introduction (1983), which prophesied that the theoretical innovations of Jacques Derrida and Michel Foucault would “awaken the lion” (i.e. the workers) (Eagleton, 1996: 189). When the book was reissued in 1996, Eagleton added an afterword in which he was less optimistic. “Among the more glamorous commodities which postmodern society has on offer,” he wrote, “is cultural theory itself” (Eagleton, 1996: 206). Eagleton now argued that postmodern theory, far from being a politicizing force, was a “substitute for political activity,” and therefore depoliticizing (Eagleton, 1996: 206). Just as the politics of the New Left had run aground, so postmodern theory turned out to be a cul-de-sac.

hooks’s Teaching to Transgress comes out of this moment. It is at once a product of postmodernism and an indictment of its politics. Why, she asks, do “white supremacy, imperialism, sexism, and racism” persist when theory provides us with the tools to deconstruct them? (hooks, 1994: 29). hooks argues that critical pedagogy ought to teach students to transgress the boundaries race, class, and gender. But she does not conceive of this as a political project. Rather, she argues that critical pedagogy must speak to the “lived experience” of marginalized groups (75). hooks essentializes experience and makes it the condition of authentic knowledge. Critical pedagogy comes to be about celebrating “the value and uniqueness of each voice” (84). In short, when postmodernism gets “political” it becomes identity politics.

It is worth rehearsing hooks’s argument for identity politics. She takes as her point of departure the idea that “race, sex, and class privilege empower some students more than others, granting ‘authority’ to some voices more than others” (185). The goal of identity politics is to chip away at the authority of the dominant voice while centring voices that were hitherto ignored or suppressed. This is done by tying experience to identity, by making what one says an expression of who one is. As a result, the dominant voice is particularized as the voice of a white heterosexual male, thereby losing its supposedly universal character. By the same token, marginalized voices attain equality vis-à-vis the dominant voice. But this is a pyrrhic victory. It is not just the dominant voice but the voice of suffering that is stripped of its authority. Oppression becomes something personal, a function of one’s “lived experience.” If the dominant groups can no longer speak on behalf of others, neither can the oppressed.

This is a boon to the ruling class. hooks unwittingly reproduces the logic of neoliberalism. Thatcher’s “there is no such thing as society” is echoed by hooks’s emphasis on the “uniqueness of each voice.” Both Thatcher and hooks elide the actuality of society. Similarly, the politics of diversity and inclusion was co-opted from the start. When Bill Clinton declared that “the era of big government is over,” he did so promising an end to discrimination (hooks, 1996). hooks’s pedagogy is based on the very principles that animated the politics of the Democratic Party at the time. The ideal classroom resembles the ideal society, a community “where everyone’s voice can be heard, their presence recognized and valued” (185). Presumably, such a community can be achieved within existing social relations.

hooks presides over a radical lowering of horizons. If for Freire “the radical is never a subjectivist,” hooks puts her faith in identity politics (Freire, 2005: 38). If for Freire there could be no liberation without the “transformation of objective reality,” for hooks—as for Clinton and Blair—liberation means getting one’s voice heard and being accepted for who one is (Freire, 2005: 52). The aim is no longer to change society but to integrate people into it. In short, critical pedagogy now teaches the opposite of freedom: not to transform yourself but to come to terms with who you are, not to change the world but to accept it as it is.

Between the time of the New Left and the 1990s, the emancipatory horizon narrows extremely. But instead of acknowledging this, hooks maintains the revolutionary rhetoric that characterized Freire’s work. Like so many leftists before her, she naturalizes defeat and dresses it up as victory. She claims to uphold the tradition of critical pedagogy even as she abandons it. She claims to be challenging “white supremacist capitalist patriarchy” even as she reproduces the logic of neoliberalism (47). Although hooks suppresses any awareness of regression, she unintentionally brings it up in one of her anecdotes.

At one point in Teaching to Transgress, hooks looks back on her adolescence, confessing that she and her friends were not nearly as transgressive as they thought they were at the time. “Part of a small integrated clique of smart kids who considered ourselves ‘artists,’ we believed we were destined to create outlaw culture where we would live as Bohemians forever free; we were certain of our radicalness” (24). Many years later she realizes that “our gestures of defiance had been nowhere near as daring as they had seemed at the time. Mostly, they were acts of resistance that did not truly challenge the status quo” (25). But weren’t hooks’s students in for a similar experience? When they look back on their youthful acts of transgression, don’t they recognize that they too failed to challenge the status quo? And, as for today’s students, aren’t they bound to discover that the acts of institutionalized transgression they are encouraged to engage in are a form of shadowboxing? 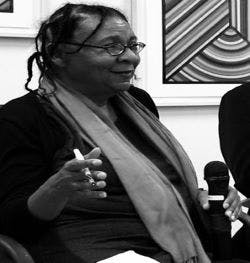 What would it mean to recover the radical impetus of critical pedagogy today? hooks makes two suggestions that we ought to take seriously. Following Freire, she argues that education is the “practice of freedom.” This is true. But, to remain faithful to this proposition, it is necessary to conduct a pedagogy of unfreedom. It would mean teaching that freedom is not something that can be attained in the classroom by striking this or that pose, but is rather something that must be experienced negatively—not just as lack but as a yet to be fulfilled task.

Secondly, we should recover hooks’s idea that education requires a “collective dedication to truth” (33). But truth does not spring from “lived experience,” as hooks argues. It is rather a function of history. And the truth of our historical moment is that change is unlikely if not impossible, that, at the very least, there is no shortcut to it. Any critical pedagogy worth its salt would live up to this truth, which appears in the guise of its opposite: a continued investment in the slogans of the past—”freedom,” “socialism,” and “the left,” which, as things stand, have been robbed of all meaning. Critical pedagogy ought to teach students not what they want to hear—that the world is theirs to transform—but the truth—that we’re at an historical impasse. This impasse is self-imposed and can therefore be dissolved, but only by coolly confronting the wreckage of the past. The task of critical pedagogy today is to begin to undo the naturalization of a history of defeat.

bell hooks, Teaching to Transgress: Education as the Practice of Freedom (New York: Routledge, 1994), 29. Subsequent references in parentheses are to this edition.

An extended version of this article appears in Sublation Magazine: https://www.sublationmag.com/post/critical-pedagogy-from-paulo-freire-to-bell-hooks