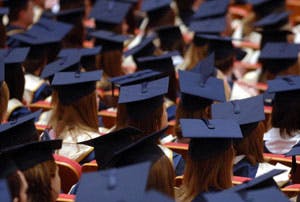 Spring 2010 has seen Birmingham City University’s new Faculty of Technology, Engineering and the Environment (TEE), celebrate its first prize-giving on a day which saw almost 1400 of its technology-based students graduate.

In a year when its student recruitment beat all previous records, BirminghamCityUniversity officially launched its enlarged technology-focused faculty encompassing three of the University’s successful activities. These had been previously known as the Technology Innovation Centre plus two schools, those of Computing, and Property, Construction and Planning.

Among its prize-winners were two Chartered Quality Institute (CQI) diploma students from EDMS who carried off the CQI’s recently introduced national John Skene Awards. These recognise students ‘at the very top of their game who continuously achieve the highest level of merit and distinction.’ The University’s winners were Kidderminster’s Andrew Cook and Polish-born Wioleta Baranowska, from Newtown, Powys, who graduated in 2009 with the highest rated national diploma-project. The success of these two students is testimony to the Faculty having become the UK’s chief, CQI diploma-course provider with some 20% of the nation’s Quality students following its diploma programme.

The University’s awards also included those on behalf of professional institutions. These included two by the internationally respected Institution of Engineering and Technology, which accredits several of the Faculty’s degree courses. The West Midlands branch of the Chartered Institute of Logistics and Transport also awarded their annual prize to an outstanding postgraduate student in that specialised field.

Prominent among the Faculty’s prize-winners, also in the logistics sector, was Dean Bernard, a mature, postgraduate student, who had become the UK-Government’s Department of Transport Freight Best Practice ‘Logistics Student of the Year’. This scheme helps promote operational efficiency, safety, journey-time reliability and CO-reduction in road, rail or waterway freight operations. Managed by one of the world's largest engineering and architectural design firms, US-based AECOM Technology Corporation, it is funded by the UK-Government. Dean Bernard’s award-winning, ‘greener logistics’ proposals would entail practitioners at every level of the sector receiving additional, vocational training. He was subsequently invited onto a placement with the Department for Transport’s Freight Best Practice team.

Awards for outstanding undergraduates and postgraduates in electronic engineering were made by Midlands-based, international leader in industrial weighing systems Avery Weigh-Tronix. In mechanical engineering, product design and manufacturing fields, student prizes were sponsored by US-based global product design-software leader, PTC Inc, for whom the University is a leading technology partner. The US business chose the Faculty to run its first UK-based design-based academy and collaborate in advancing engineering design capabilities at every level, from secondary schools to advanced industries such as aerospace.

The Faculty’s Executive Dean, Professor Melvyn Lees – recruited in 2009 from his role as head of the University of Salford’s School of the Built Environment - says: “This is a proud new start for our Faculty. In due course we’ll see all our four schools together on a central site, which is likely to lead to an even more significant annual awards celebration of students’ talents as increasing numbers seek to study with us.”