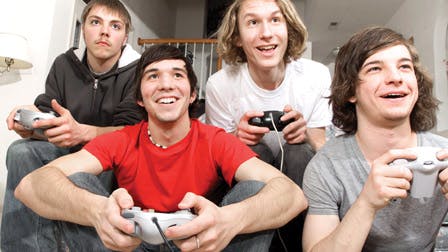 Hard-core computer games fans will be descending on Birmingham City University for a 48 hour gaming marathon.

IndieCity, which is funded by Blitz Games Studios, will be holding its first game jam event over the weekend of Friday 28 -Sunday 30 January. It is part of Global Game Jam which is the world's largest game jam event occurring annually in late January, bringing together thousands of game enthusiasts around the world to make games in small teams within a 48 hour period.

Up to 30 participants including students, independent game developers and professional developers are expected to take part in the game jam which is already fully booked. The IndieCity Global Game Jam will be hosted by the University at its campus at Millennium Point, running from 6pm on Friday 28 January to around 6pm on Sunday 30 January. There will be prizes for the best games made over the weekend including exclusive IndieCity virtual badges for all pre-registered participants.

IndieCity has been actively working with the indie development community since last year to create a unique online portal committed to celebrating and supporting the indie gaming community at all levels, highlighting the creativity, the passion and the people. IndieCity Community Manager Scott MacKintosh said: “We’re really excited to be teaming up with Birmingham City University to host the first IndieCity Global Game Jam.

“It’s an awesome opportunity to bring indie developers together and we’re really looking forward to seeing what they all come up with. We would especially like to thank Birmingham City University for hosting the jam, and Audiomotion and bluegfx for sponsoring the food and drink for all participants.”

Andrew Wilson, Course Director BSc (Hons) Computer Games Technology added: “It is really exciting for Birmingham City University to be asked by IndieCity to be part of this innovative global gaming event. The chance for our students who are studying on a variety of different courses within our University including games technology, software design and animation to work with other students and enthusiastic game designers from around the UK and the world is a unique and invaluable opportunity for them. We run a BSc Computer Games Technology and we are starting recruitment for a new BSc Games Design and Production - so who knows perhaps the game jam will inspire enthusiasts to consider studying for one of these courses to help further their career.”

The event organisers will be running a blog during the event so gamers who can’t attend can keep up-to-date with the weekends proceedings http://indiecity.com/blog/ggj/.