Last month I attended HackTheMidlands here in the heart of Birmingham City University at Millennium Point. HackTheMidlands is a 24 hour hackathon for people of all skills to come together and make something innovative over the course of the weekend.

So what is a hackathon? The official student hackathon league, Major League Hacking, describe a hackathon as an “invention marathon” where “students can augment skills learned in the classroom by teaching themselves how to independently research new technologies and fix problems they encounter”. So in essence, people of all specialties come together to make software and hardware under a time constraint to solve challenges and meet criteria set out by event hosts and sponsors. 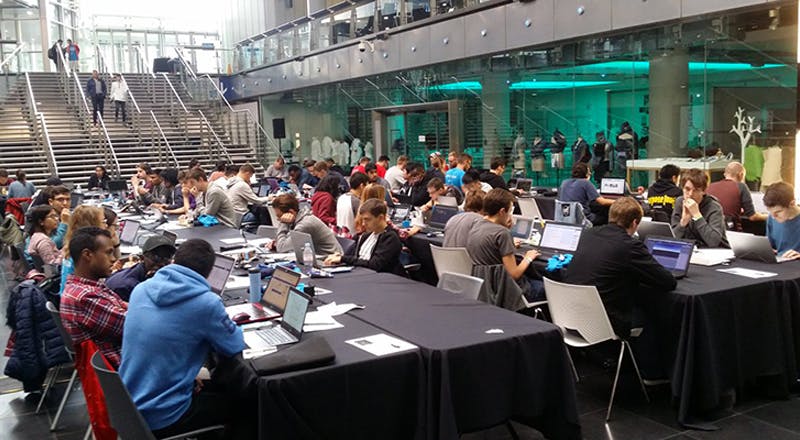 HackTheMidlands was my first ever hackathon and a brand new experience for me, and as such I took more of an observational role instead of actively competing in teams to create something worth demonstrating. However I did make the most of the opportunity to brush up on some of my programming skills and learn some new techniques. 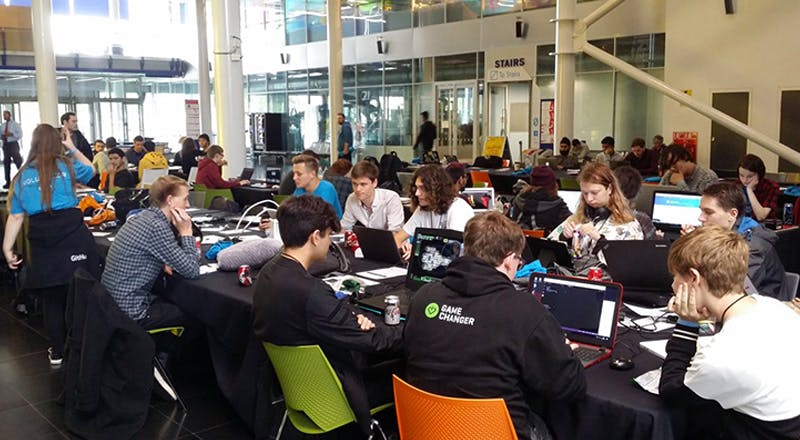 I arrived at Millennium Point ten minutes before check-in time so that I got the chance to meet and speak to other attendees before the hacking began. There were plenty of cool freebies up for grabs, I managed to bag myself a total of three t-shirts over the course of the weekend alongside some awesome badges and stickers from the sponsors at the event! Once the event had kicked off and the hacking had begun I settled down on a table with some friends and began brainstorming some ideas for a project. In the end we didn’t end up making anything but my time there was worthwhile nonetheless. 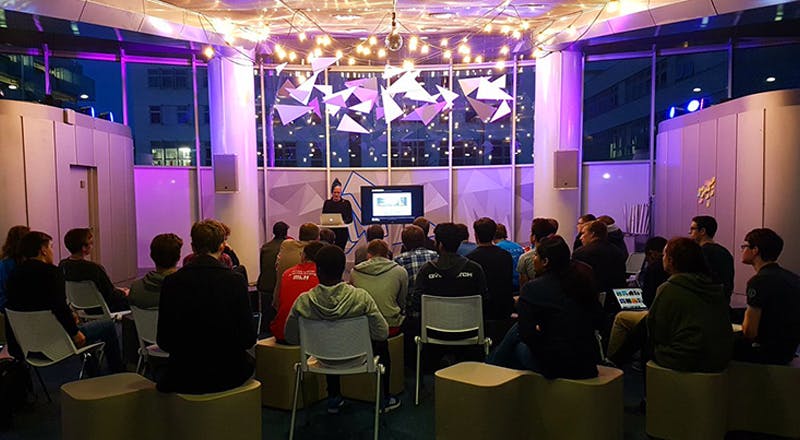 There was a wide array of workshops and talks from industry veterans to teach new skills and APIs that were extremely valuable and informative. It was amazing to go around and speak to all the other teams and see what crazy ideas they were working on. One of the most important parts of the event for me was getting the chance to meet new people, to network, and to get inspired.

As it got later into the night the venue started to empty out a little bit as people headed home to get some rest, but those dedicated enough stayed the entire night to work through to the morning. It was in those moments late in the evening where HackTheMidlands really left a lasting impression. The sense of fun and community really shone through as myself and 30 or so of the remaining attendees put a pause on their projects and huddled together in a circle to play a game of werewolf lead by the hilarious Tom Goodman. It was one of those surreal moments where I was surrounded by people who I barely knew, but by the end of the night I felt like I could go up to any of them and start a friendly chat. 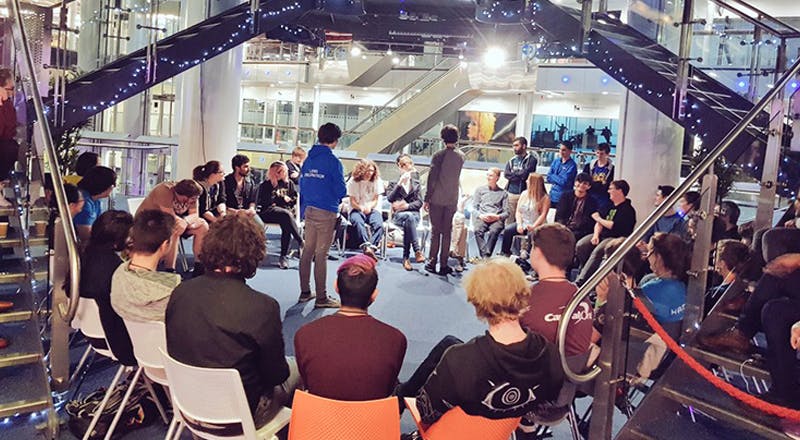 The next morning the hacking finished and everyone got together to present their final projects. The presentations were all interesting and all the final submissions are displayed online on the Devpost here. But my personal favourite from the event, and the overall first place winner, was the augmented reality app Bubbl.io. I got the chance to talk to the team from Sussex behind the app before the end of the event and I was blown away by how much potential their concept has. Take a look at this video demonstrating their final product.

In conclusion, HackTheMidlands was a blast! All of the organisers and volunteers deserve so much credit for the excellent event they put on. Not to mention Liam Sorta, a fellow BSc Computer Games Technologystudent who not only helped run the event but also convinced me to attend in the first place.

After this experience I cannot wait to attend more hackathons in the future such as the upcoming AstonHack. I highly recommend all students with an interest in Computer Science get involved no matter how inexperienced you may be, hackathons are such a great learning experience and on top of that they’re great fun! Here at Birmingham City University we even have our own society dedicated to hackathons and Computer Science known as HaCS, so get involved!