Alexandra is a Senior Lecturer in Economics at Nottingham Trent University. Her primary areas of teaching are Environmental Economics and Microeconomics. She holds a MSc and PhD in Economics. Alexandra’s research areas are ecological economics, labour economics, and feminist economics. Current projects include an investigation of the relationship between preferences to working hours and attitudes to the environment and the role of collective bargaining. See publications and more information.

David is a lecturer at the University of Birmingham, having previously worked at BCU’s Centre for Brexit Studies. David’s research interests lie in the study of a variety of subnational phenomena, particularly around regional economics and the sectoral and regional impact of disruptive processes. Ongoing research includes measurement issues within the regional economy as well as the regional divides in Britain’s labour market. See more information.

Petrosis an Assistant Professor in Economics at the CITY College, University of York Europe Campus and the South-East European Research Centre Research Associate, participating at BORD(EU)R-Jean Monnet Network, a project co-funded by European Commission. His research focuses on monetary and financial policy, which he also teaches at undergraduate and postgraduate levels. Besides teaching in the UK, he has taught internationally in Thessaloniki, Sofia (in collaboration with NBU), Baku (at a postgraduate level executive MBA), Belgrade, Bucharest, Kyiv, Tbilisi, Yerevan, and other locations.

Guilherme Magacho has a PhD in Land Economy from the Cambridge University. He is Economist at the Agence Française de Développement and Professor of the Post-Graduate Program of Economics at the Federal University of UFABC. His field of research is Environmental Macroeconomics, working particularly with Input-output analysis, Export-led growth models and sectoral analysis. He has published in several journals in Brazil and abroad, among which The Cambridge Journal of Economics, Journal of Post-Keynesian Economics and Structural Change and Economic Dynamics.

Gabriel has a Master's degree in Economics from UNICAMP (1988) and a PhD in Economic History from the London School of Economics. He is a Professor of Economics at the Federal University of Parana (on leave) and Economic Affairs Officer at the Economic Commission for Latin American and the Caribbean (ECLAC, since 2011).

He has been a visiting scholar at the University of Columbia, the New School for Social Research and the University of the Republic (Uruguay). His field of research is “Growth and Distribution in Post Keynesian Models”, in particular BOP-constrained growth models and the political economy of Kaleckian growth models. He has published extensively in several journals in Brazil and abroad, among which The Cambridge Journal of Economics, Oxford Development Studies, Research Policy, Ecological Economics and Structural Change and Economic Dynamics.

Christian van Stolk is Executive Vice President at RAND Europe. He has worked extensively on health and wellbeing in the workplace.

His work in the past has focused on improving the health and wellbeing of staff in the National Health Service in the UK, maintaining and gaining employment for those with common mental health conditions, building an evidence base for health interventions in workplace settings, and looking at the relationship between productivity and health and wellbeing outcomes.

Christian has advised large private sector employers, the UK government, European institutions, OECD and World Bank over the years. He currently manages RAND's work on the Britain's Healthiest Workplace competition with Vitality Health and Asia’s Healthiest Workplace competitions with AIA. He sits on several expert panels for the UK government including those on occupational health, mental health and employee health and wellbeing in the NHS. 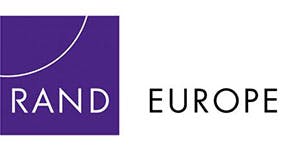