Retail dining powerhouse to be honoured at University ceremony 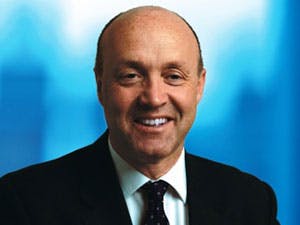 Tesco Family Dining chief, Adam Fowle, is to be awarded an Honorary Doctorate on Monday 24 February at a Birmingham City University graduation ceremony.

Having begun his career as an Army Lieutenant in the Royal Artillery, Adam joined Birmingham-based pub and restaurant operator Mitchells & Butlers in 1984 and worked his way up in the company to become Chief Executive in 2009.

During this time Adam studied at Birmingham Polytechnic (now Birmingham City University), gaining a Diploma in Management Studies with distinction in 1989 and a MBA the following year.

With a career spanning over 20 years at Mitchells & Butlers, Adam was part of a management team that grew the business into being able to boast being the largest operator of restaurants, pubs and bars in the UK, through creating and evolving a portfolio of brands, such as Harvester, Toby Carvery and Vintage Inns.

Adam's extensive experience in licensed retailing caught the interest of Sainsbury's in 2002, who consequently drafted him in for two years as their Retail Director. Now CEO of Tesco's Family Dining division, Adam has been carefully guiding the retail giant's entry into casual dining. Having taken note of the growing overlap between supermarkets and eating out spaces, Adam drove forward the concept of turning Tesco superstores into destinations. As a result Adam played an instrumental role in the company's purchase of the 49-strong casual dining brand Giraffe, for over £45 million, and now oversees the integration of this business into the Tesco sites.