Political and economic figures to tackle the impact of devolution 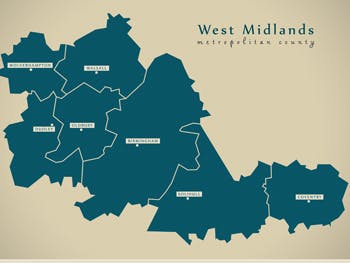 Major political and business figures will come together next week for a special event assessing the impact of devolution on regional economies across England.

The conference, titled ‘Mayoral Combined Authorities – What can they do for us?’, will be held at Birmingham’s iCentrum on Friday 16 November and feature speakers including Lord Andrew Adonis, Birmingham City Council Leader Councillor Ian Ward, and economist Vicky Pryce.

Discussions will tackle topics such as delivering a fairer deal for English regions, the impact of Brexit and its challenges for the West Midlands economy, how to fund and develop devolution, the Industrial Strategy, devolved housing and local energy, as well as the next steps for devolution.

The free event, which is being held in partnership between the Institute for Design and Economic Acceleration (IDEA) and Birmingham City University’s Centre for Brexit Studies, will run between 9.30am and 7pm.

Beverley Nielsen, Associate Professor at Birmingham City University and Director of IDEA, who is chairing the day-long event, said: “Devolution is promoted as a way to achieve more regional decision-making in England with the aim of delivering greater equality in funding and a more balanced economy.

The formation of Combined Authorities with elected ‘Metro’ Mayors accountable for additional funding and powers transferred from central government to city regions was advocated by George Osborne in May 2015 as a means of achieving this.

This conference, co-hosted by IDEA Institute and the Centre for Brexit Studies and supported by Birmingham Business Focus, will explore the Metro Mayors’ impact since their election in 2017 and their ability to influence future prospects for greater regional prosperity."

A central question is whether the time is ripe for a new, and fairer, constitutional settlement for the English regions.
Beverley Nielsen

The conference comes 16 months after the West Midlands elected Andy Street as its first Metropolitan Mayor, with other regions across the country also naming their first Mayors.

The event aims to explore how regions can maximise the benefits of the new powers granted to Mayors and the future powers regions should be seeking to achieve.

Among the other speakers at the conference will be:

Tickets for the free event can be booked here.