Midlands business investor to be honoured at University awards ceremony 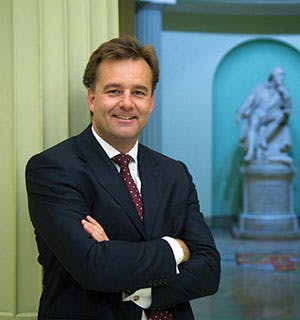 The Chairman of Silentnight Group, Adrian Fawcett, will be awarded with an Honorary Doctorate on Monday 1 September at a Birmingham City University graduation ceremony.

Previously CEO & Vice-President of a number of FTSE 100 and international companies including GHG, Punch Taverns plc, Interbrew plc and Bass Brewers plc, Adrian started out as an economist with an early career with Ford & Mars Confectionary.

Adrian will receive the award on Monday 1 September at the Awards Congregation ceremony which will celebrate the achievements of students graduating from Birmingham City Business School and Birmingham Institute of Art and Design.